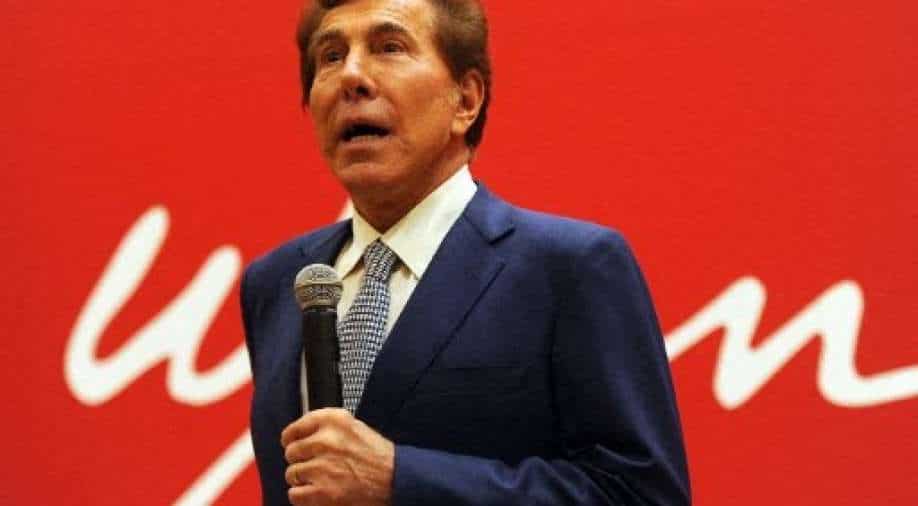 US govt alleged Steve Wynn was trying to 'protect his business interests in Macau' Photograph:( AFP )

The US justice department said it had asked Wynn to register under the Foreign Agents Registration Act but he refused to do it.

The US government has sued casino mogul Steve Wynn alleging that he did lobbying work for the Chinese government during the Trump administration.

The US justice department said it had asked Wynn to register under the Foreign Agents Registration Act but he refused to do it.

“Where a foreign government uses an American as its agent to influence policy decisions in the United States, FARA gives the American people a right to know,” assistant attorney General Matthew Olsen said.

Wynn's attorneys however disagreed with the US Justice Department asserting that he had "no obligation to register".

The US government accused the tycoon of lobbing the Trump administration to remove a Chinese national from the United States who was charged with corruption in China and was seeking asylum in the US in 2017.

Watch: China to replace all foreign computers in government

The US government complained that Wynn, ex-CEO of Wynn Resorts, acted on behalf of China's former vice minister of public security Sun Lijun.

Wynn had allegedly called ex-president Trump on cancelling the visa of the Chinese businessman who wanted asylum in the United States.

“The filing of this suit – the first affirmative civil lawsuit under FARA in more than three decades – demonstrates the department’s commitment to ensuring transparency in our democratic system,” Olsen said.

"Wynn conveyed the request directly to the then-president over dinner and by phone, and he had multiple discussions with the then-president and senior officials at the White House and National Security Council about organizing a meeting with Sun and other PRC government officials," the US government filing said.

"During the time that he engaged in this conduct, Wynn’s company owned and operated casinos in Macau, a special administrative region in the PRC," the government said.

The Biden administration alleged that Wynn acted at the request of the Communist Party in order to "protect his business interests in Macau".