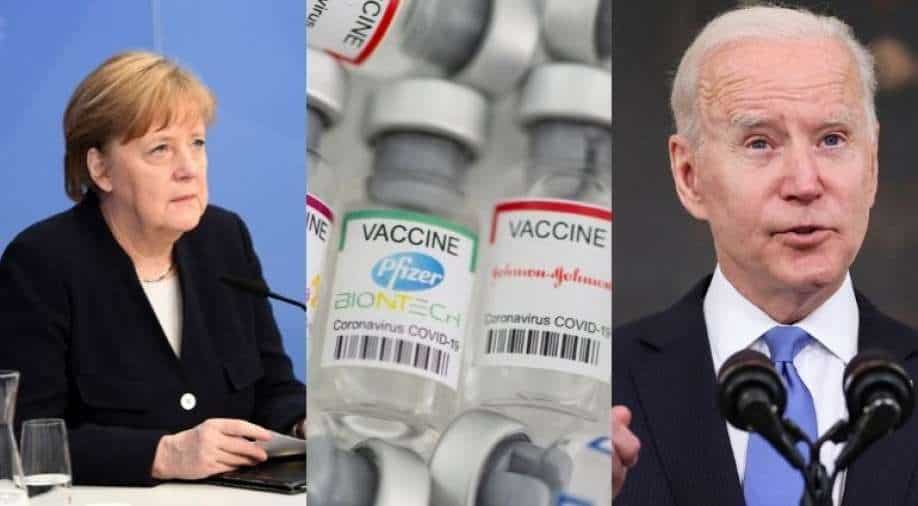 Rich countries have faced severe criticism for hoarding shots, which has derailed the vaccination efforts in the poor nations

After the United States gave its nod to waive patents on coronavirus vaccines, Germany strongly opposed the move on Thursday.

This threatens the consensus required in the World Trade Organization (WTO) to pass a proposal and could jeopardise the coronavirus fight in the developing world.

India has repeatedly insisted on waving the Covid vaccine patents so that local manufacturers across the world could push the manufacturing and stop the spread of the deadly virus.

Rich countries have faced severe criticism for hoarding shots, which has derailed the vaccination efforts in the poor nations

"The protection of intellectual property is a source of innovation and must remain so in the future," a spokesperson of German Chancellor Angela Merkel said.

Pfizer CEO Albert Bourla also expressed his opposition to the waiver of vaccine patents to news agency AFP, saying he was "not at all" in favour of it.

Bourla also said that intellectual property is not the main issue that is hampering the production of coronavirus vaccines.

Earlier, facing intense pressure, the US Trade Representative Katherine Tai on Wednesday said that Washington "supports the waiver of those protections for COVID-19 vaccines."

The announcement was welcomed by the World Health Organization (WHO) with its chief Tedros Adhanom Ghebreyesus saying it is "a monumental moment in the fight against COVID-19."

Russia also supported the measure, and the EU, which so far was reluctant on patents waiver, also said that it was ready to discuss the proposal.