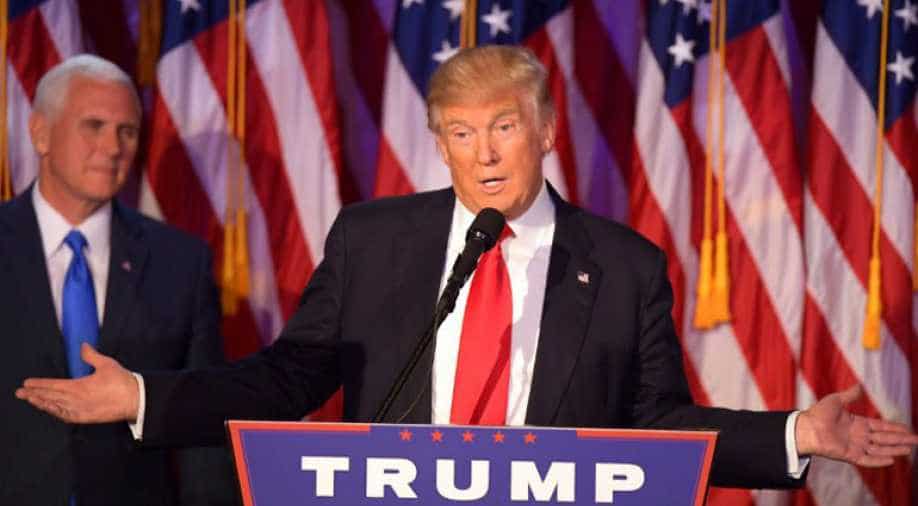 The US F-35 stealth fighter programme suffered a dual blow Monday as President-elect Donald Trump blasted "out of control" costs and bad weather delayed delivery to Israel by six hours.

With US Defence Secretary Ashton Carter in Israel for the arrival of the first two of 50 of the warplanes bought from aerospace giant Lockheed Martin, Trump lashed out on Twitter against the programme.

The F-35 program and cost is out of control. Billions of dollars can and will be saved on military (and other) purchases after January 20th.

Lockheed Martin's stock tumbled 4.3 percent shortly after the tweet, which prompted a response from the company.

With a current development and acquisition price tag of $379 billion for a total of 2,443 F-35 aircraft -- most of them destined for the US Air Force -- the plane is the most expensive in history.

Once servicing and maintenance costs are factored in over the aircraft's lifespan through 2070, overall programme costs are expected to soar to $1.5 trillion.

"It's great value and I look forward to any questions that the president-elect may have," he said.

In Israel, the first two F-35s landed at Nevatim air base at around 8.15 pm (1845 GMT), around six hours late after being delayed by bad weather in Italy, believed to be fog.

Some 4,000 people had been expected to watch the landings but the crowds thinned as the landing was delayed, leaving only around half the seats full by nightfall.

The two planes came to a halt in front of the spectators, one on each side of the stage erected for speeches of welcome.

"The aircraft landing here will change the rules of the game," President Reuven Rivlin said.

I want to tell the people of Israel today that this long arm today became longer, more powerful," he said.

A Lockheed official said the delivery delay was caused by Italian air safety regulations, rather than any limitation of the planes, but this did not stop jibes.

"Here's hoping we only go to war on sunny days..." one Israeli joked on Twitter.

The Trump attack and the delay in the fighters' arrival threatened to overshadow what Israel had labelled a key day in its military's future.

While other countries have ordered the planes, Israel -- which receives more than $3 billion a year in US defence aid -- says it will be the first outside the United States with an operational F-35 squadron.

Carter said there was "no better symbol of the US commitment to Israel's security than the F-35, the most capable aircraft in the skies".

"Together we will dominate the skies," he said.

It will receive the F-35A model for standard takeoffs and landings. The B and C models are for short takeoffs and aircraft carriers.

Israeli components will be integrated in the aircraft, which will be known as the F-35I.

The single-pilot jets can carry an array of weapons and travel at a supersonic speed of Mach 1.6, or around 1,200 miles per hour (1,900 kilometres per hour).

The pilot's ultra-high-tech helmet, at a cost of some $400,000 each, includes its own operating system, with data that appears on the visor and is also shared elsewhere.

Thermal and night vision as well as 360-degree views are possible with cameras mounted on the plane.

The new warplanes are seen as helping the country maintain its edge in the Middle East, particularly as Iran seeks further influence in the region.

Israel is especially concerned over whether the Islamic republic will seek to develop nuclear weapons by violating the international accord it has signed with world powers.