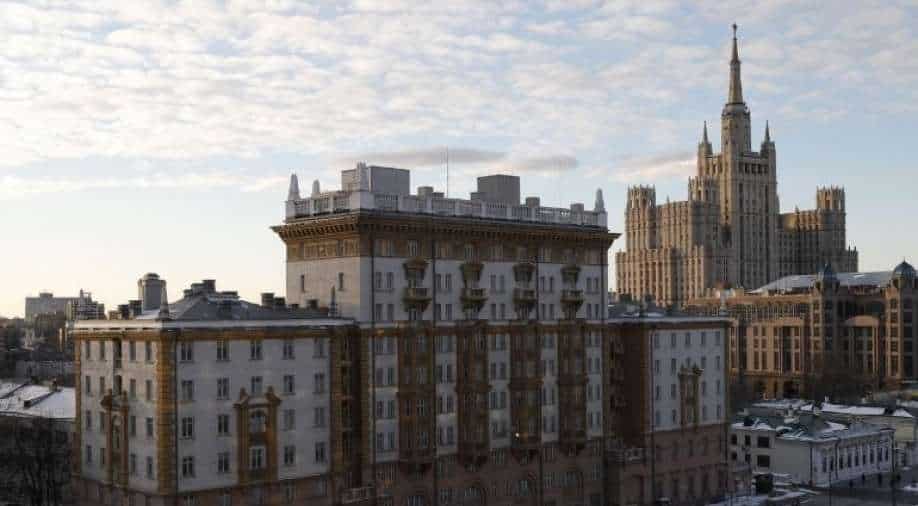 "We regret that the actions of the Russian government have forced us to reduce our consular work force by 75 per cent," the US embassy said in a statement published on its website

The US embassy in Moscow said on Friday (April 30) it was reducing consular services after Russia restricted the hiring of local staff at foreign missions, the latest setback to strained US-Russia relations.

"We regret that the actions of the Russian government have forced us to reduce our consular work force by 75 per cent," the US embassy said in a statement published on its website.

"Effective May 12, US Embassy Moscow will reduce consular services offered to include only emergency US citizen services and a very limited number of age-out and life or death emergency immigrant visas," it said.

President Vladimir Putin signed a law last week limiting the number of local staff working at foreign diplomatic missions and ordered the government to draw up a list of "unfriendly" states that will be subject to the restrictions.

Moscow's ties with Washington have sunk to a post-Cold War low after President Joe Biden said he believed Putin was "a killer."

The United States imposed new sanctions on Russia this month for an alleged malign activity, including interfering in last year's US election, cyber hacking and "bullying" neighbouring Ukraine.

It also warned Russia of unspecified consequences if Alexei Navalny, an opposition politician who was on hunger strike in prison for more than three weeks, were to die.

Moscow retaliated with sanctions against the United States and has rejected what it sees as foreign interference in the Navalny case.