US Elections: Over 23 million Americans vote ahead of polling day 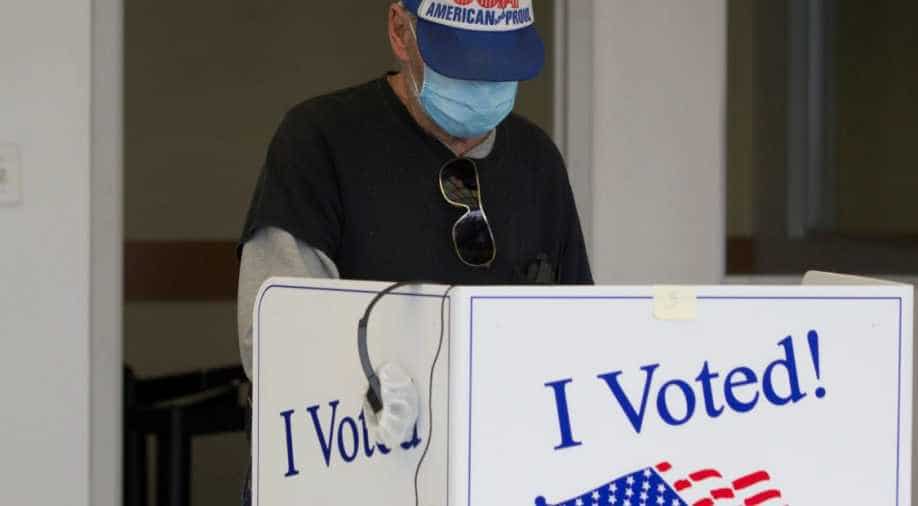 Most of the voting so far has taken place through in-person or by mail-in voting.

According to US Elections Project, over 23 million people have already voted in the  US elections ahead of election day on November 3.

The surge in voting has surprised experts as only 6 million had voted at this time during the 2016 elections which was won by Trump. California, Texas and Florida have witnessed a huge voter turnout with over 2 million votes cast already, according to United States Elections Project, run by University of Florida political scientist Michael McDonald.

Also Read: Democrats have nothing but disdain for your values, says Trump as crowd chants 'Lock up Bidens'

The voters have turned up in huge numbers despite the coronavirus pandemic sweeping the country even as US President Donald Trump and Democratic presidential hopeful Joe Biden continue to take on each other in various Townhall duels across the country.

Most of the voting so far has taken place through in-person or by mail-in voting. According to Ohio Secretary of State, over 2.4 million mail-in ballots have been requested which is double the number requested in the same period in 2016.

Over a million people have also voted in Michigan, New Jersey, Virginia and Georgia.

Voters have also chosen their next US president in Montana, Wyoming, Nevada, Colorado, Aziona and Okhalama with a sizeable number of votes cast.

According to reports, the youth in America have turned up in huge numbers so far to vote.