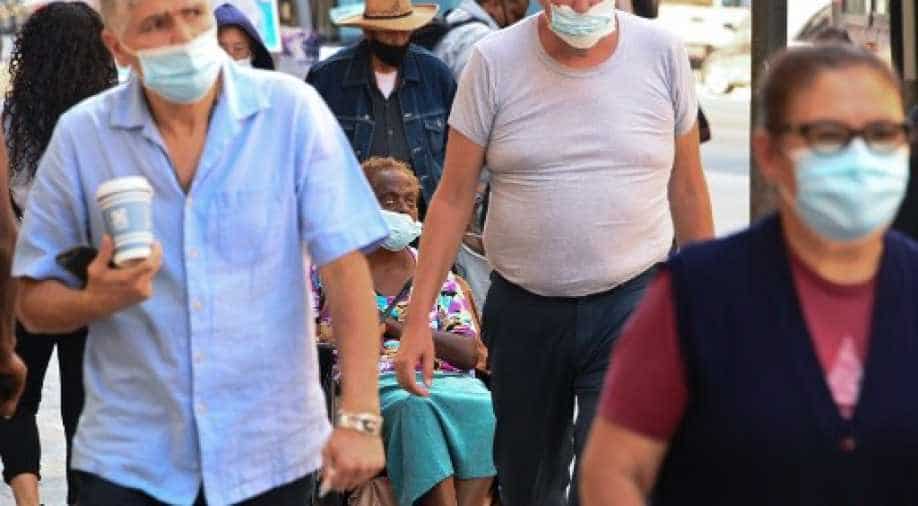 The number of COVID-19 cases has been on the rise since September in the United States with an average of 50,000 daily cases worrying health experts

The number of confirmed coronavirus cases in the United States shot past 8 million as the death toll due to the virus rose to 218,496.

Amid the rising number of cases, American companies Pfizer and Moderna said they would be applying for emergency approval for their coronavirus vaccines by next month.

Also Read: First, a vaccine approval, then ‘chaos and confusion’

"Let me be clear, assuming positive data, Pfizer will apply for Emergency Authorization Use in the US soon after the safety milestone is achieved in the third week of November," CEO Albert Bourla said.

Moderna and Pfizer had begun their Phase 3 clinical trials in end July as the race to get the vaccine gathered momentum with the rising death toll.

The number of COVID-19 cases has been on the rise since September in the United States with an average of 50,000 daily cases worrying health experts across the country as reports claimed the country has been experiencing the third surge in virus cases.

According to coronavirus data, the number of new infections has been going up in the United States at over 18 per cent or more.

The United States is the worst affected country with the virus followed by India with over 7,370,460 cases and Brazil with over 5,169,380 cases.