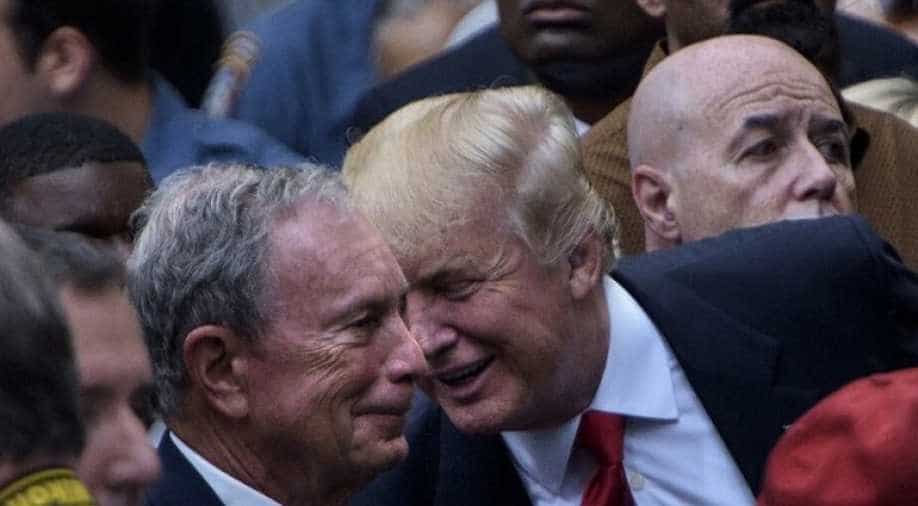 Brad Parscale, the Trump 2020 campaign manager, said the decision was made after Bloomberg News announced it would not investigate the company boss or his Democrat competitors.

"As President Trump's campaign, we are accustomed to unfair reporting practices, but most news organizations don't announce their biases so publicly," Parscale said in a statement.

The Trump campaign will no longer credential representatives of Bloomberg News for rallies or other campaign events, and will decide "whether to engage with individual reporters or answer inquiries from Bloomberg News on a case-by-case basis," Parscale added.

Bloomberg News editor-in-chief John Micklethwait said in response: "The accusation of bias couldn't be further from the truth. We have covered Donald Trump fairly and in an unbiased way since he became a candidate in 2015 and will continue to do so despite the restrictions imposed by the Trump campaign."

Mini Mike Bloomberg has instructed his third rate news organization not to investigate him or any Democrat, but to go after President Trump, only. The Failing New York Times thinks that is O.K., because their hatred & bias is so great they can’t even see straight. It’s not O.K.!

"Mini Mike Bloomberg has instructed his third rate news organization not to investigate him or any Democrat, but to go after President Trump, only," the president wrote.

"The Failing New York Times thinks that is OK because their hatred & bias is so great they can't even see straight. It's not OK!" he added in a swipe at the newspaper after its executive editor condemned the Trump campaign's decision.

Michael Bloomberg's decision to seek the Democratic presidential nomination prompted the news agency, one of the world's biggest, to spell out guidelines last week on how it would handle any conflicts of interest.

The media group said it would not investigate Bloomberg's family or foundations, nor his Democratic rivals, but would publish or summarize investigative pieces on all Democratic candidates.

"There is no point in trying to claim that covering this presidential campaign will be easy," Micklethwait said in a memo to staff last week, citing the company's policy of not writing about itself or direct competitors.

Micklethwait said the journalists would cover the campaign's news "in much the same way as we have done before," with the exception that articles will explicitly state that Bloomberg News's owner is a candidate.