Can't give Trump another term for 'unethical' actions: Bloomberg confirms US presidential candidacy 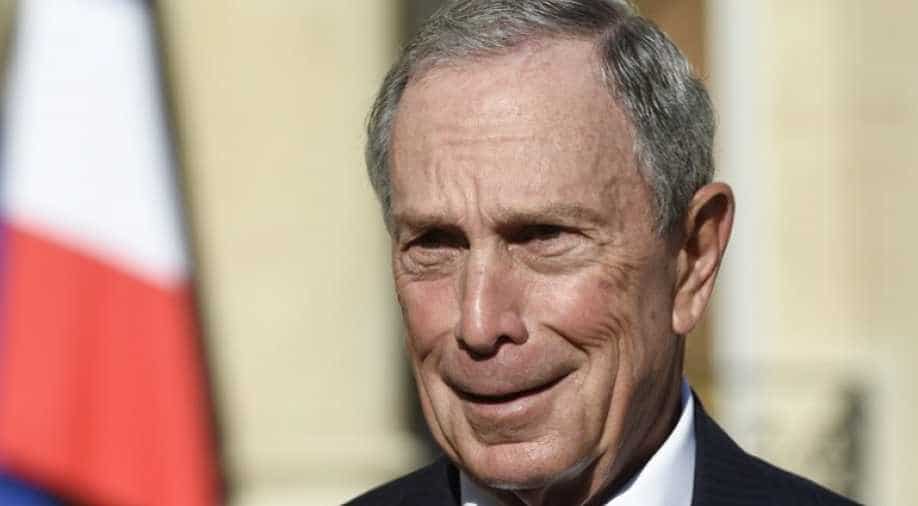 Bloomberg formally announced on Sunday that he will be running for the presidential elections in the US in 2020.

Billionaire Michael Bloomberg formally announced on Sunday that he will be running for the US presidential elections in 2020.

"I’m running for president to defeat Donald Trump and rebuild America," Bloomberg said on his web portal. He added that we cannot give US President Donald another four years for "reckless" and "unethical" actions.

"He represents an existential threat to our country and our values. If he wins another term in office, we may never recover from the damage," Bloomberg said.

Bloomberg's entry makes the Democratic race even more crowded with the likes of frontrunners including Joe Biden, Bernie Sanders, Elizabeth Warrens, Pete Buttigieg, among others. Now, 18 candidates from the Democratic party will be competing to take on each other.

As the eight-richest men in the world according to Forbes, Bloomberg can able to spend a lot of money for his campaigning.

The media mogul, who is also the founder of Bloomberg LP, has been critical of the left-inclined leaders Sanders and Warrens and calls them ''extremists''. He has also spoken against Warrens for her stance on taxing the super-rich and programs such as universal health care, free college tuition, etc.

Bloomberg is likely to represent the Centrist side of the Democratic party.

On Saturday, it was reported that Bloomberg has spent $31 million in his television advertising campaign, the largest-ever by any presidential candidate in the US.

Sanders criticised this move in a tweet, saying that the candidate should be able to build a grassroot support and if can't do that, then "you have no business running for president."

The amount surpassed the previous record of $25 million spent by former US president Barack Obama when he was running in 2012 and reflects the financial dominance of one of the richest men in the world.

The former mayor of New York (2002-13) took another step closer for 2020 bid when he registered with the US Federal Elections Commission on Thursday.

Since 2014, he has served as a special UN envoy for climate action and helped several US states, counties and cities finance emissions-reducing projects.

However, Bloomberg is also accused of changing his political stance multiple times. Bloomberg had served as mayor as a Republican.

In 2018, Blomberg donated $100 million to Democrats for gaining their majority back in the House of Representatives.