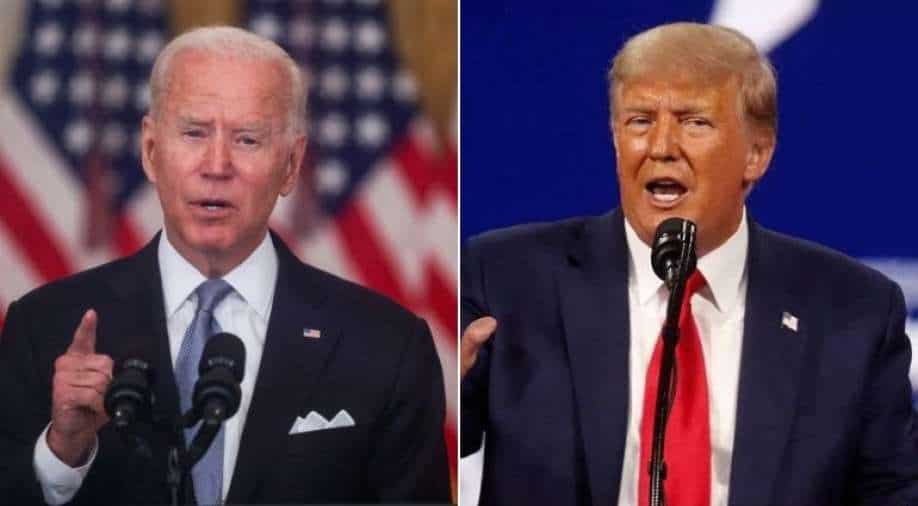 Former US President Donald Trump has the highest chances of winning the 2024 election and returning to the White House.

A UK-based betting exchange company called Smarkets has predicted that Trump, for the first time, has edged ahead of his predecessor Joe Biden.

Also read | 'How's Biden doing? 'Do you miss me yet?': Trump pokes fun at US President

Biden who is the second place with 19 per cent votes as per a poll conducted by the website, is followed by Vice-President Kamala Harris with 13 per cent votes.

The poll shows Trump has a 45 per cent chance of winning the GOP primary. He is the most likely candidate to become the Republican nominee for the 2024 election.

The other possible candidates include Ron DeSantis and Nikki Haley with 14 per cent and 11 per cent votes respectively.

The company's head of political market Matthew Shaddick said, "It's a pretty staggering development to find a defeated one-term president taking over as favourite from the incumbent who beat him, but we know by now that Donald Trump is no ordinary politician."

"Many forecasters had predicted that health or legal issues might stop Trump from re-election, but the latest Smarkets prices imply that there is a two-in-three chance he'll run for the White House again in three years' time, he added.

Trump has hinted at a possible presidential run in 2024, attacking Biden and repeating his fraudulent claims he won the 2020 election.

Trump's flirtation with another run could freeze the Republican field for 2024 as other potential candidates try to decide whether they will have to compete against him.