US election 2020: Donald Trump heads to Nevada to raise funds for election campaign 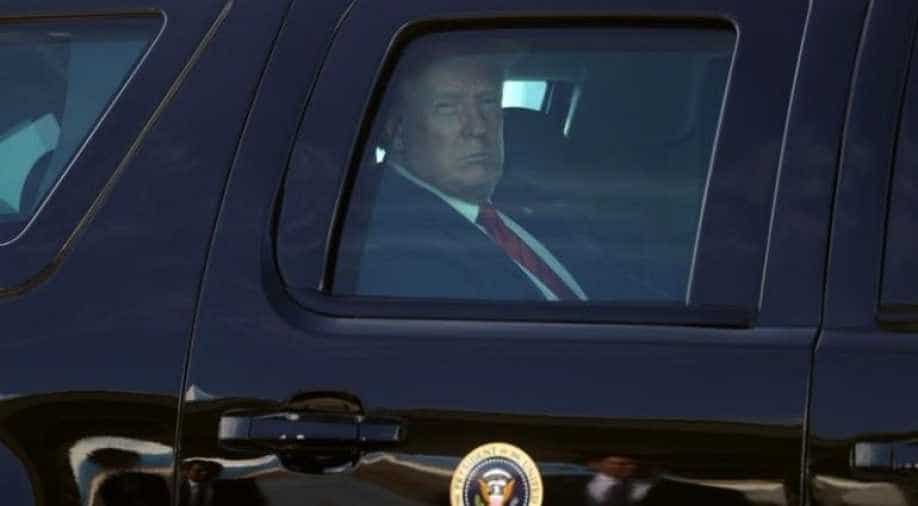 Donald Trump headed to Nevada on Saturday to woo the Joe Biden supporters and raise funds for his money-draining election campaign.

The US President Donald Trump is running against Joe Biden in the upcoming US elections that are scheduled for November 03.

According to several opinion polls, the state of Nevada is favouring Joe Biden. The polls have come back to haunt Trump as even in the 2016 elections, Trump was trailing behind the then Democratic presidential nominee Hillary Clinton in Nevada.

This rally was important for Trump as this was his one opportunity to prove to the people of the state that he is the right fit to run the country.

However, the rally attracted a lot of criticism as Trump's rallies have been hosting audiences of thousands of people, who are usually spotted without any face mask and are seen defying social distancing rules.

Biden used this opportunity to prove to the state of Nevada why Trump is not the right candidate. Highlighting how Trump has been carelessly hosting rallies, Biden said, "Nevadans don`t need more bluster from the president, and don`t need his reckless rallies that ignore the realities of COVID-19 and endanger public health."

"Nevada families need solutions — from containing the pandemic to building the economy back better to making quality health care more accessible to millions of Americans," he added.

Earlier, the rallies in Nevada were cancelled with the reason being over crowd-size restrictions. The party was not given permit, but Trump decided to visit the state irrespective of the warnings issued by the local authorities.

"The Governor’s Office had no involvement or communication with the event organizers or potential hosts regarding the proposed campaign events advertised by the Trump campaign," Nevada’s Governor Steve Sisolak had earlier tweeted.

Trump's campaign had alleged Sisolak of manipulating the 'Trump supporters' and had accused the governor of not allowing him to visit his supporters.

This rally was also important for trump as his re-election campaign has run his pocket dry. Trump is facing a cash crunch and was hoping to raise some money through donations during this rally.

A Republican official said some $18 million would be raised over the weekend through events in Washington and Nevada.

Trump will hold a rally in Reno on Saturday evening, a "Latinos for Trump" event and another rally in Las Vegas on Sunday, followed by a campaign event in Phoenix on Monday. He is also planning to make a stop in Californis to assess the damage caused by the huge wildfires.