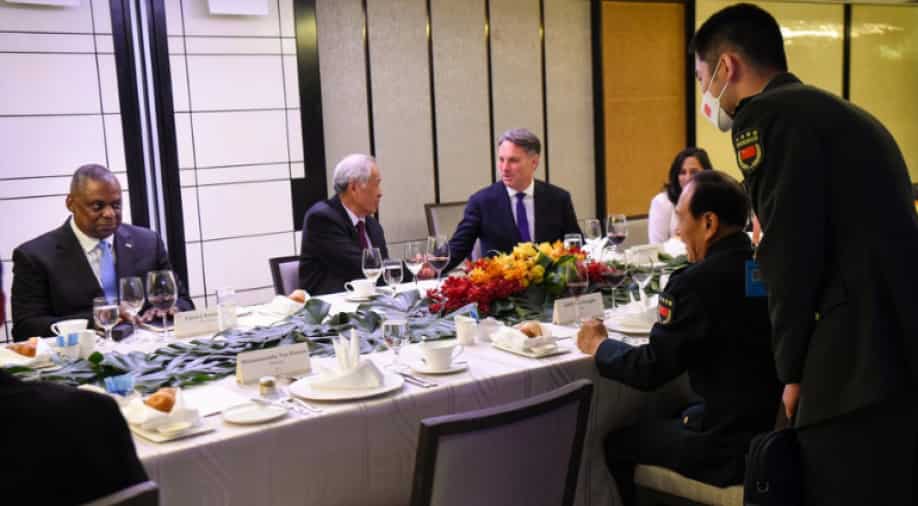 Highlighting China's growing aggression across the wider Asia-Pacific region, Austin said the United States will continue to stand by its allies

Highlighting China's growing aggression across the wider Asia-Pacific region, Austin said the United States will continue to stand by its allies.

In an address to the Shangri-La Dialogue security summit in Singapore, Austin "We've witnessed a steady increase in provocative and destabilising military activity near Taiwan."

"That includes (Chinese military) aircraft flying near Taiwan in record numbers in recent months, and nearly on a daily basis," he said.

"We categorically oppose any unilateral changes to the status quo from either side," he added.

China, which claims self-ruled Taiwan as its own, has warned Austin that it is prepared to go to war if the island declares independence.

Calling Austin's speech a "confrontation", Lt Gen Zhang Zhenzhong, Vice Chief of the joint staff department of China's Central Military Commission, said, "There were many unfounded accusations against China; we expressed our strong dissatisfaction and firm opposition to these false accusations."

With increasing Chinese military aircraft incursions into the island's air defence identification zone (ADIZ), tensions over Taiwan have escalated between the US and China.