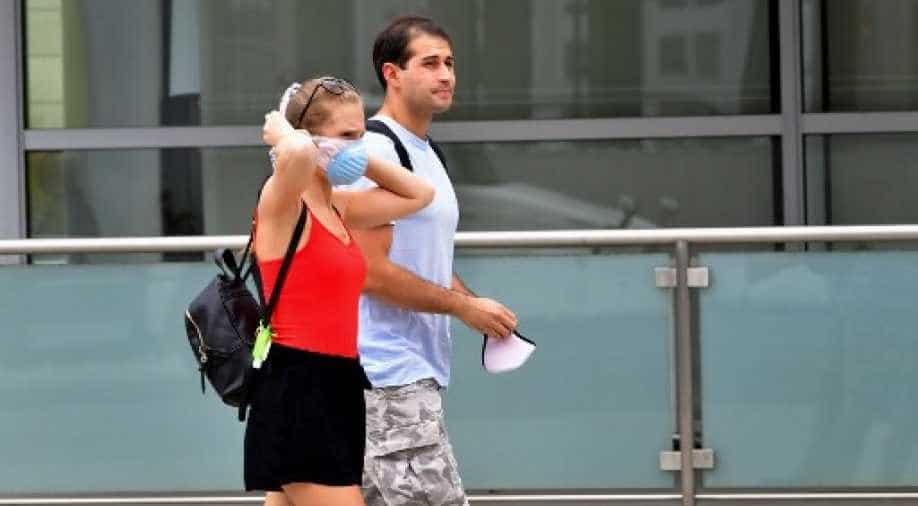 The University of Washington while unveiling the new model said that if 95 per cent of the US population wears masks then the number of deaths could fall to 162,808.

According to a new coronavirus model, there could be  208,255 deaths in the United States by November 1 due to COVID-19.

The University of Washington while unveiling the new model said that if 95 per cent of the US population wears masks then the number of deaths could fall to 162,808.

The current death toll in the United States due to COVID-19 stands at 131, 480 with over 2.9 million infection cases which is the highest in the world. The country has been hit by a new surge of cases in Texas, Arizona and Californa.

The number of cases in the country's south has reportedly increased by 12 per cent even as testing has increased. The US government meanwhile announced that it will offer free COVID-19 testing with five thousand tests per day on offer in Texas, Florida, Louisiana, Jacksonville, and Edinburg.

On Tuesday, the United States recorded 60,209 new COVID-19 caseS which was the highest one-day record. At least 40 of country's 50 states have witnessed rising number of coronavirus cases.

Amid the crisis, head of America's National Institute of Allergy and Infectious Diseases, Anthony Fauci, said that that the United States is still "knee-deep" in its first wave of coronavirus even though experts said a second wave had hit the United States but Trump dismissed the claims.

"It's a serious situation that we have to address immediately," Fauci said, adding, "It was a surge or a resurgence of infections superimposed upon a baseline, if you look at the graphs from Europe, the European Union as an entity, it went up and then came down to the baseline. Now they're having little blips, as you might expect, as they try to reopen. We went up, never came down to baseline, and now we're surging back up."

President Donald Trump, however, dismissed Fauci's claim saying that "I think we are in a good place," while adding that "I disagree with him."