US death toll due to coronavirus goes past 5,000; New York hit hard 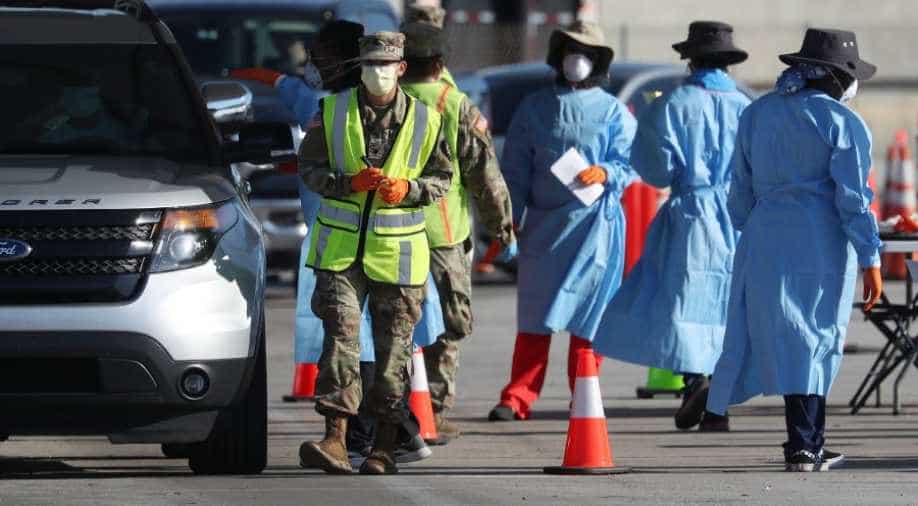 At least 5,116 people have now died due to the virus. On Wednesday, the country recorded the biggest single-day rise in casualties from the virus at 884

According to Johns Hopkins University coronavirus live tracker, the death toll in the US crossed 5,000 as the country battles the deadly virus.

Also Read: US records highest single-day death toll due to coronavirus at 884

At least 5,116 people have now died due to the virus. On Wednesday, the country recorded the biggest single-day rise in casualties from the virus at 884.

The US now has more deaths due to the virus than China which was the epicenter of the virus some months back. The US death toll is however lower than Italy and Spain which has witnessed higher casualties.

Over 900,000 people have been infected by COVID-19 and nearly 46,000 have died due to the virus since it first emerged in the Chinese city of Wuhan on December 31.

Tedros Adhanom Ghebreyesus, the head of the World Health Organization (WHO), said the number would hit one million "in the next few days."

"I am deeply concerned about the rapid escalation and global spread of infection," he said.

"The entire world is shut down," said US President Donald Trump. "It's very sad."

"We're going to have a couple of weeks, starting pretty much now, but especially a few days from now, that are going to be horrific. But even in the most challenging of times, Americans do not despair. We do not give in to fear," Trump said.