US condemns release of Hafiz Saeed, calls for immediate re-arrest 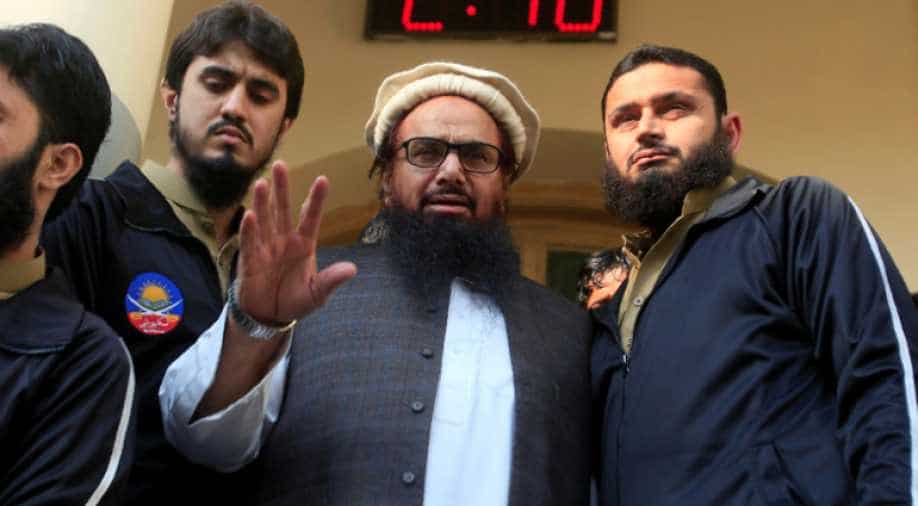 Unites States has strongly condemned the release of 26/11 mastermind Hafiz Saeed from house arrest and called for his immediate re-arrest and prosecution.

India earlier said that decision to release Saeed means Pakistan is not serious about taking strict action against the Lashkar-e-Tayyiba leader.

A White House statement stated:  "The United States strongly condemns the release of Lashkar-e-Tayyiba (LeT) leader Haft Saeed from house arrest in Pakistan and calls for his immediate re-arrest and prosecution."

"A clear international consensus exists regarding Saeed's culpability. He was designated by the United Nations under UN Security Council Resolution 1267 in December 2008. The Department of the Treasury has designated Saeed as a Specially Designated Global Terrorist, and the United States, since 2012, has offered a $10 million reward for information that brings Saeed to justice," it reads.

Soon after his release, Saeed gave a speech in Lahore in which he resumed anti-India rhetoric and promised to mobilise people for the 'cause of Kashmir.

Pakistan's denial to punish the terrorists has been one of the major concerns. "If Pakistan does not take action to lawfully detain Saeed and charge him for his crimes, its inaction will have repercussions for bilateral relations and for Pakistan's global reputation," it said.

Donald Trump's South Asia policy clearly states that the US seeks to build deeper relations with Pakistan but also expects sound decisions against militant and terrorist groups on Pakistani land that can pose a threat to the world.

As Pres Trump's South Asia policy makes clear, US seeks a constructive relationship with Pakistan but expects decisive action against militant& terrorist groups on Pak soil that are a threat to the region.The release of Hafiz Saeed is a step in the wrong direction:The White House

US State Department spokeswoman Heather Nauert said Saeed's terror organisation, Lashkar-e-Taiba, is behind the death of hundreds of civilians, including American citizens who were killed in the Mumbai attack.

Also read: Hafiz Saeed a terrorist, Trump should work with Modi to kill him: US media

The US on Thursdayreminded Pakistan that Hafiz Saeed is a "designated global terrorist" by the United Nations, just hours after a Pakistan Judicial Review Board in Punjab refused to extend the detention of the Jamaat-ud-Dawah (JuD) chief.

Pakistan on Saturday justified the release of Mumbai terror attack mastermind and JuD chief Hafiz Saeed, claiming that Islamabad was committed to the implementation of the United Nations Security Council (UNSC) sanctions regime on terrorists.

Saeed, accused of masterminding the 2008 attacks in Mumbai that killed 166 people, was released on November 24 after a Pakistan judicial body ordered his release from house arrest, rejecting a request from the government of Punjab to extend his detention by three months.