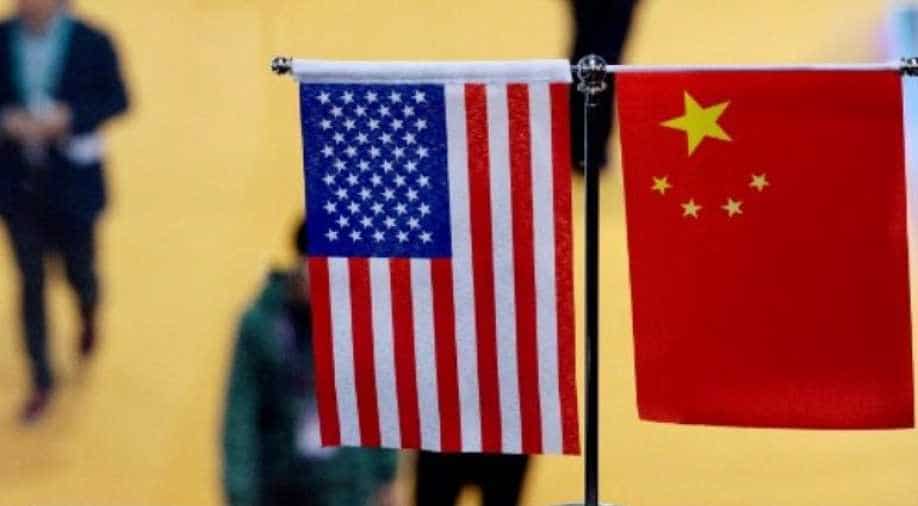 The Chinese Commerce Ministry on Friday said the world's two largest economies had reached 'consensus on principles' during a 'serious and constructive' telephone call between their main trade negotiators.

The United States and China on Friday said they made progress in talks aimed at defusing a nearly 16-month-long trade war that has harmed the global economy, and US officials said a deal could be signed this month.

The Chinese Commerce Ministry on Friday said the world's two largest economies had reached "consensus on principles" during a "serious and constructive" telephone call between their main trade negotiators.

US President Donald Trump said he hoped to sign an agreement with Chinese President Xi Jinping at a US location, perhaps in the farming state of Iowa, which will be a key battleground state in the 2020 presidential election.

"China wants to make the deal very much," Trump told reporters at the White House on Friday evening. "I don't like to talk about deals until they happen, but we're making a lot of progress."

US and Chinese negotiators have been racing to finalise a text of a 'phase one' agreement for Trump and Xi to sign this month, a process clouded by wrangling over US demands for a timetable of Chinese purchases of US farm products.

A critical date is Dec. 15, when new US tariffs on Chinese imports such as laptops, toys and electronics are set to kick in. Both the United States and China have an interest in reaching a deal and averting those tariffs.

US and Chinese negotiators had made "enormous progress" toward finalising the phase one agreement, although the deal was not yet 100% complete, White House economic adviser Larry Kudlow told reporters on Friday.

US Trade Representative Robert Lighthizer and Treasury Secretary Steven Mnuchin moved forward on a range of issues during their call with China's Vice Premier Liu He, and were working to resolve outstanding issues, USTR said in a statement.

The talks are set to continue at the deputy level.

"The deal is not completed, but we made enormous progress. We're beyond where we were last spring, so I'm going to play that from the optimistic side," Kudlow told reporters.

US officials have said the two sides were close to an agreement in May, but talks faltered when China backtracked on commitments to change its laws to resolve core US complaints about theft of intellectual property, forced technology transfers and other practices.

For now, Kudlow said the planned Dec. 15 tariffs would remain on the table. The decision on whether to cancel them would be made by Trump, he said.

Washington still hoped to sign the deal this month, he added, despite Chile's withdrawal as host of the Asia Pacific Economic Cooperation summit, where Trump and Chinese President Xi Jinping had been expected to ink the agreement.

"We're looking for a venue," he said. "We'd love the timing to be similar, but it will all be determined."

He said Lighthizer was insisting on an enforcement mechanism that would allow the United States to impose tariffs without fear of retaliation if China violated the deal.

Agreements on agriculture, financial services and currency were nearly completed, and there had been "excellent progress" on intellectual property theft issues, Kudlow said, although some additional work remained on that topic.

He said the thorny issue of technology transfer to China would likely be pushed back to a second phase.

The agreement covered Chinese purchases of US farm products, and other steps to open up its market to agricultural goods, while in financial services, the agreement would "give 100 per cent ownership to American companies in China," Kudlow said, citing insurers, security firms, and investment and commercial banks.

A Chinese ministry website also showed that China plans to let foreign-funded firms raise money via stock and bond issuance both in China and overseas, and to let them freely repatriate profits, as part of its moves to encourage foreign investment.