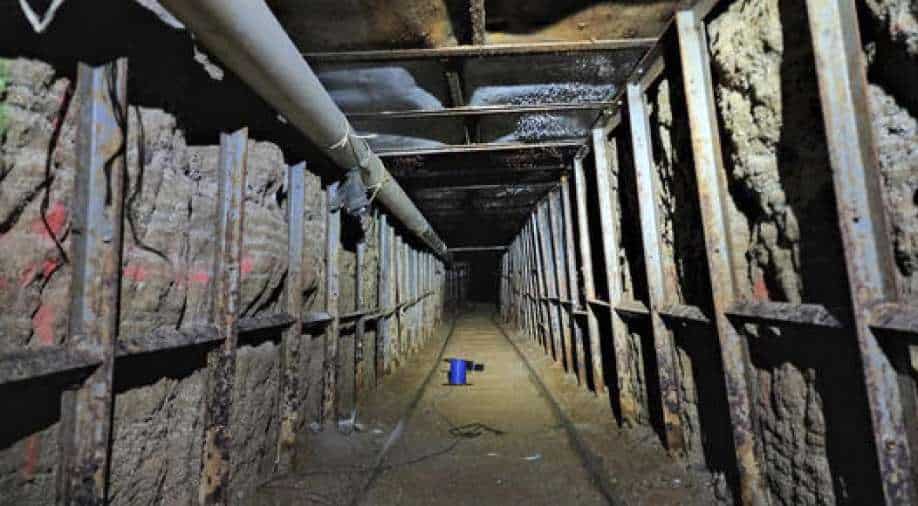 The inside of a cross-border tunnel connecting Tijuana, Mexico, with the San Diego area is shown in this undated photo supplied by Homeland Security Investigations. Photograph:( AP )

The underground corridor, which is ventilated and has reinforced walls and electricity, is the length of a football field.

Authorities said the hidden corridor from Tijuana to San Diego had train and ventilation systems, electricity, and reinforced walls. It was discovered near the Otay Mesa border crossing in San Diego, in a region where more than a dozen other complex tunnels have been uncovered in the last two decades.

Authorities in the United States claimed they didn't know how long the tunnel had been open or how many drugs had passed through unnoticed. In connection with the investigation, they seized 1,762 pounds of cocaine, 165 pounds of meth, and 3.5 pounds of heroin.

Six individuals, ranging in age from 31 to 55, have been charged with conspiracy to distribute cocaine. All of them live in Southern California.

The tunnel is located in one of the border's most heavily protected sections, demonstrating the limitations of border fortifications. While walls are effective against small, crudely dug tunnels known as "gopher holes," they are no match for more sophisticated underground pathways.

The most recent route, discovered on Friday, was a third of a mile long and led to Tijuana. It was roughly six stories deep and 4 feet in diameter.