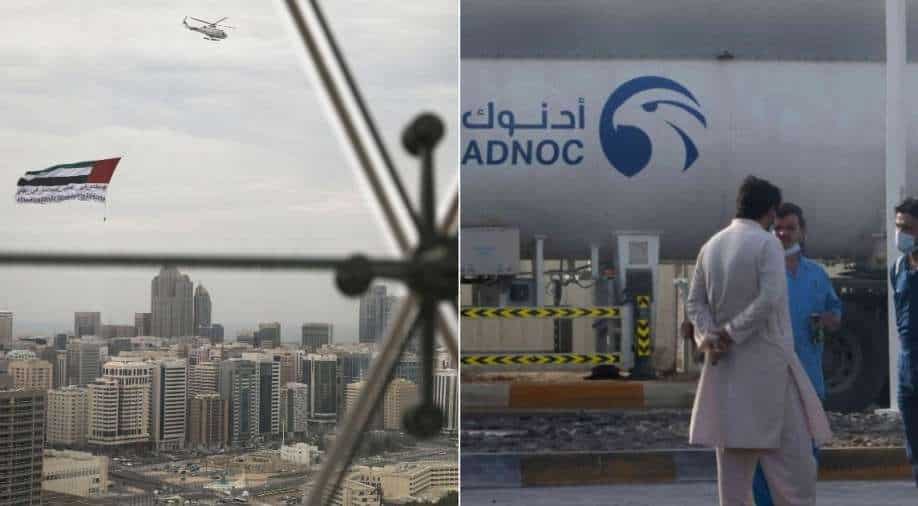 The UAE vowed reprisals after the drone attack which triggered a fuel tank blast. Photograph:( Twitter )

After the drone attack, the US vowed to hold the Houthis 'accountable', while Britain condemned it. France said that the attack 'threaten the security' of UAE and regional stability

The United States condemned the drone attack on Abu Dhabi on Monday (January 17) that left at least three people dead, including two Indians.

After the drone attack which triggered a fuel tank blast, Yemen's Houthi rebels claimed responsibility and warned civilians and foreign firms in the UAE to avoid "vital installations".

Abdul Ilah Hajar, adviser to the president of the Houthis' Supreme Political Council in Sanaa, said the military operation in Abu Dhabi was a warning shot.

"We sent them a clear warning message by hitting places that are not of great strategic importance," he told AFP.

He added, "But it is a warning if the UAE continues its hostility to Yemen, it will not be able in the future to withstand the coming strikes."

In the aftermath, the US vowed to hold the Houthis "accountable", while Britain, France and Gulf powers all likewise strongly condemned the attacks in the UAE.

National Security Advisor Jake Sullivan said in a White House statement: "The Huthis have claimed responsibility for this attack, and we will work with the UAE and international partners to hold them accountable."

"Our commitment to the security of the UAE is unwavering and we stand beside our Emirati partners against all threats to their territory," he added.

France also condemned the attack "in the strongest terms".

"These attacks threaten the security of the United Arab Emirates and regional stability," Foreign Minister Jean-Yves Le Drian said. "France expresses its support for the UAE in the face of these attacks," he added.