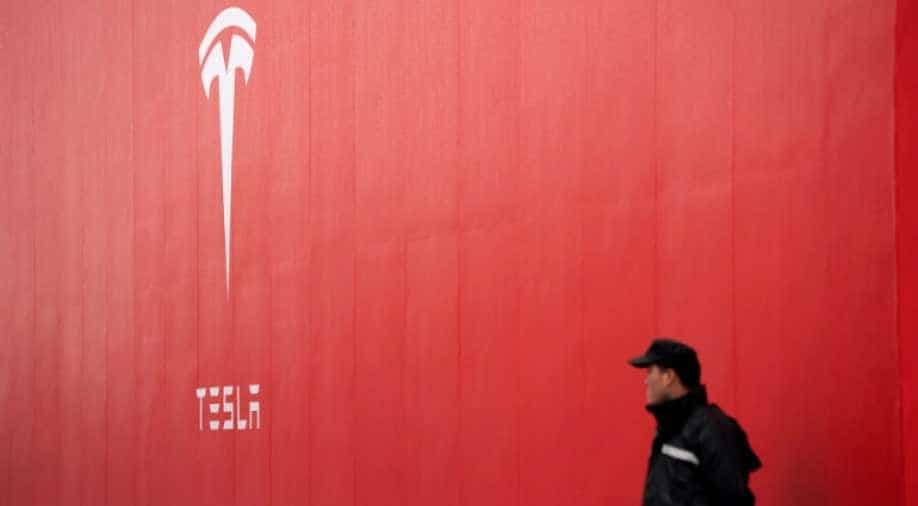 A Tesla logo is seen at a groundbreaking ceremony of Tesla Shanghai Gigafactory in Shanghai, China. Photograph:(Reuters)
Follow Us

The agency and the National Transportation Safety Board said late on Friday they were sending teams to investigate the other fatal crash Friday in Delray Beach, Florida of a 2018 Model 3 that crashed into a semi-trailer.

US authorities are investigating a fatal Tesla Inc Model S crash in Florida last Sunday that killed the driver and caused a massive fire, the second fatal Tesla crash in the state this week being probed, the National Highway Traffic Safety Administration (NHTSA) said on Saturday.

The agency and the National Transportation Safety Board said late on Friday they were sending teams to investigate the other fatal crash Friday in Delray Beach, Florida of a 2018 Model 3 that crashed into a semi-trailer.

An NHTSA spokesman confirmed Saturday the agency has an "ongoing investigation" into the Sunday Tesla crash in Davie, Florida, and "will take additional actions if appropriate."

The South Florida Sun-Sentinel reported Monday the 2016 Tesla Model S caught fire and burned the 48-year-old driver beyond recognition. The newspaper said the Tesla battery repeatedly caught fire after being transported to a towing facility.

NHTSA, the auto safety regulator, can demand a recall if it believes a defect poses an unreasonable safety risk, while the NTSB makes safety recommendations.

NHTSA and NTSB are investigating a number of crashes since 2017 that focus on two primary issues: the role of Tesla's driver assistance technology Autopilot in accidents and some significant battery fires in the electric vehicles after crashes, including cases of batteries reigniting.

A report on Friday's crash released by the Palm Beach County Sheriff's Department did not indicate if Autopilot was engaged in the crash that killed the 50-year-old Tesla Model 3 owner.

The report said the Tesla struck a tractor-trailer and the roof was sheared off as it passed underneath the trailer and stopped three-tenths of a mile south of the collision. The driver was pronounced dead at the scene.

The NTSB is investigating three earlier Tesla incidents being reviewed by NHTSA, as well as an August 2017 Tesla battery fire in California, in which an owner ran into his garage.

Friday's crash is similar to the first fatal Tesla crash linked to Autopilot.

In May 2016, a Tesla Model S driver was killed near Williston, Florida, using Autopilot when he slammed into a tractor-trailer that also sheared off the vehicle roof.

The NTSB said in 2017 Tesla lacked proper safeguards allowing the driver “to use the system outside of the environment for which it was designed and the system gave far too much leeway to the driver to divert his attention."

In January 2017, NHTSA said its review found no evidence of defects in the 2016 fatal Autopilot crash that would require a recall.

Tesla says its Autopilot software reduces a driver's "overall workload" and will "steer, accelerate and brake for you within almost any lane. It will also automatically change lanes on most highways to overtake other cars or navigate to interchanges and exits."

Tesla says the feature "should not be used on highways that have very sharp turns or lane markings that are absent, faded, or ambiguous."