US accusation of South China Sea militarisation is 'ridiculous': China 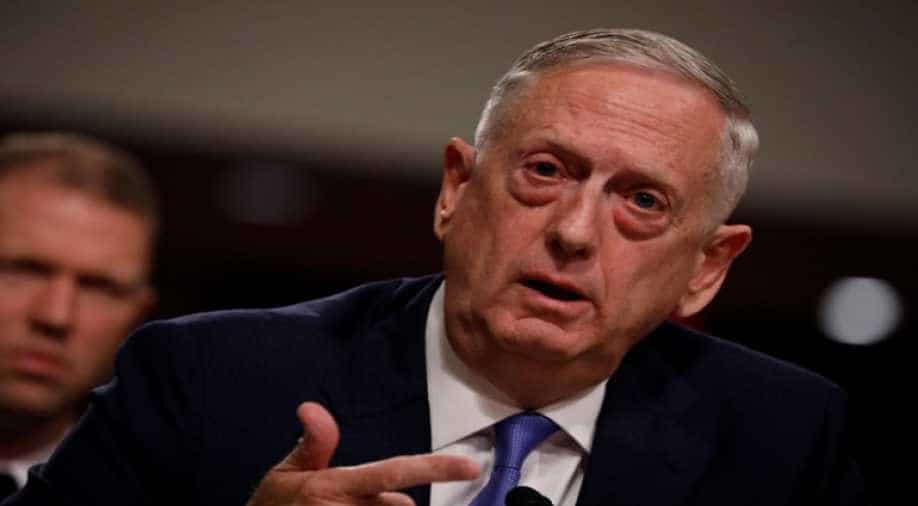 The United States' claims that China is militarising the South China Sea are "ridiculous", China said on Thursday, after US Defense Secretary Jim Mattis said Washington would continue to confront Beijing's actions in the disputed waterways.

Mattis said on Tuesday that the United States would push back against what it sees as China's militarisation of islands in the South China Sea, despite drawing condemnation from Beijing for an operation in the region over the weekend.

"The United States military presence in the South China Sea is greater than that of China and other countries that surround the seas combined," Chinese Foreign Ministry spokeswoman Hua Chunying said at a regular briefing.

Hua also questioned whether the US Navy "freedom of navigation" operations were really about preserving the right for ships to sail through the region or an attempt to maintain hegemony.

"This sounds like a case of a thief crying 'stop thief' to cover their misdeeds," she added.

The Global Times, a popular state-backed Chinese tabloid that does not reflect official policy, said in an editorial on Thursday that China must prepare to forcefully respond to any "extreme" interference in the South China Sea by the United States.

"Aside from deploying defensive weapons on the Spratly Islands, China should build a powerful deterrence system, including an aerial base and a roving naval force and base," the paper said.

Reuters first reported that two US Navy warships sailed near South China Sea islands claimed by China on Sunday, prompting anger in Beijing, which claims most of the strategic waters where Chinese, Japanese and some Southeast Asian navies operate.

While the Sunday operation had been planned months in advance, and similar operations have become routine, it comes at a sensitive time and days after the Pentagon withdrew an invitation to China to attend a major US-hosted naval drill.

Pentagon officials have long complained that China has not been candid enough about its rapid military build-up and using South China Sea islands to gather intelligence.

Earlier this month, China's air force landed bombers on disputed islands and reefs in the SouthChina Sea as part of a training exercise in the region.

Mattis is expected to have strong words for China when he travels to Singapore for the Shangri-la Dialogue, a security forum, later this week.