US: 13 killed after fire breaks out at Philadelphia row house 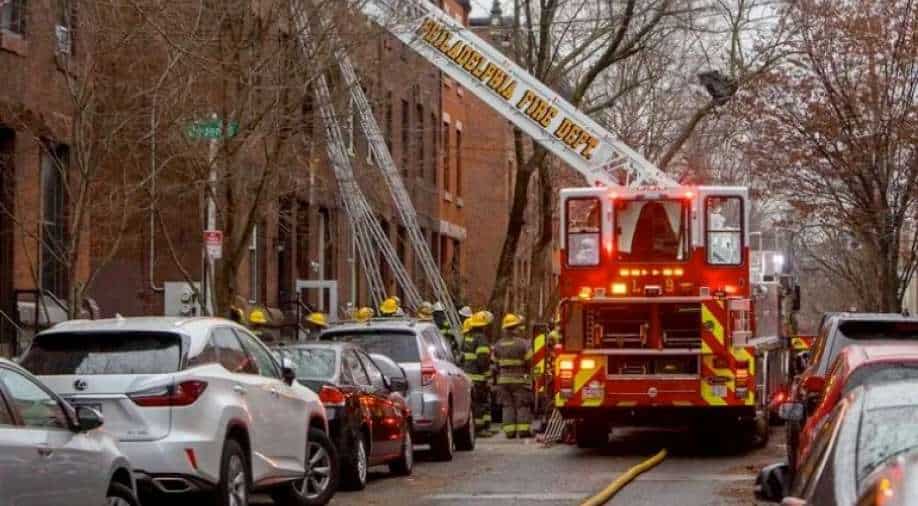 Firefighters from Philadelphia arrive on the scene. Photograph:( Twitter )

In a tweet, the Philadelphia Fire Department said units "arrived at 6:40 a.m. and found heavy fire coming from the second floor of a three-story rowhouse" and that it "took 50 minutes to place the fire under control."

A tragic fire broke out early Wednesday morning in a Philadelphia row house, according to the city's fire department.

"Preliminary information indicates companies arrived at 6:40 a.m. and found heavy fire coming from the second floor of a three-story rowhouse," the Philadelphia Fire Department tweeted. "It took 50 minutes to place the fire under control."

The ages of those that died were not immediately known. According to neighbours, the house was home to a number of children.

Heavy flames were leaping from the second storey of the three-storey row house when firefighters arrived.

PFD responded to a fatal fire this morning on the 800 block of N. 23rd St. The fire is under control but the scene is still active.

The fire was brought under control in roughly 50 minutes, according to the fire department.

Multiple fire crews were seen on the site from the Action Cam and Chopper 6.

The property had been converted into two apartments, according to Philadelphia police.

The cause of the fire is still being investigated.

It's unclear whether the house had working smoke detectors.