Uruguay faces second round election with candidates in close battle 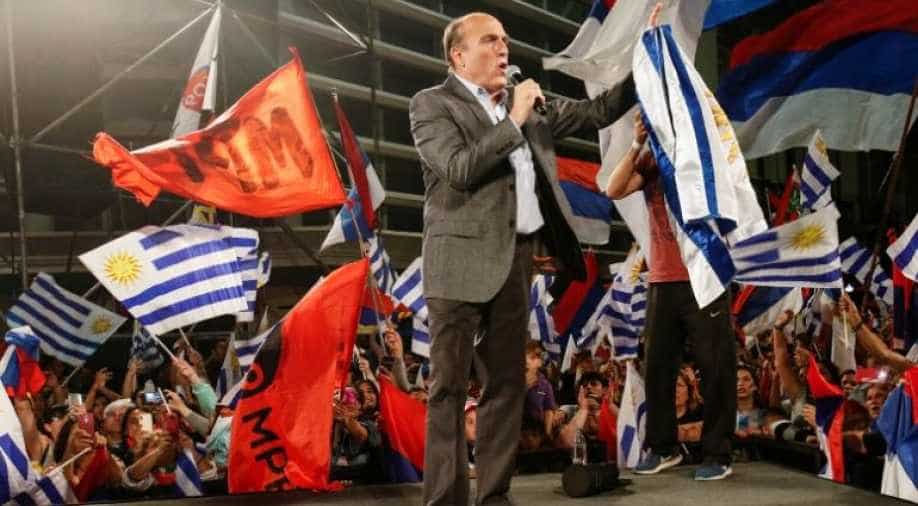 The liberal Frente Amplio coalition has run Uruguay for more than 14 years, but Martinez faced a significant challenge from Luis Lacalle Pou who may now form a right-wing coalition with small parties to oust him.

Ruling liberal coalition candidate Daniel Martinez was narrowly leading the Uruguay election in the early hours of Monday, according to an official count of just over a quarter of votes, but a determining second round will be needed.

The liberal Frente Amplio coalition has run Uruguay for more than 14 years, but Martinez, a former mayor of the capital Montevideo, faced a significant challenge from lawyer Luis Lacalle Pou, 46, who may now form a right-wing coalition with small parties to oust him.

With 27 per cent of polling stations counted, Frente Amplio had 36 per cent of the vote compared to the National Party of Lacalle with 35 per cent, the electoral body said.

If no candidate gets over 50 per cent of the vote, the two with the most votes will meet in a run-off on the last Sunday of November.

"I offer my congratulations to my opponent in the second round," Martinez told journalists outside his campaign headquarters.

He added in a tweet: "We will continue doing all we can to ensure stability and certainty. Uruguay has to continue growing, distributing wealth and being a nation of justice."

Lacalle looks likely to lead a coalition of conservative groups into the second round that could displace the Frente Amplio.

Speaking after polls closed, Lacalle suggested he could lead a "multicolored front, headed by the National Party" and that there was "fertile ground" for agreements with other parties.

Ernesto Talvi, leader of the smaller, centre-right Colorado party, said on Sunday he would throw his weight behind Lacalle.

"Uruguay needs a change, we invite our voters to support Lacalle Pou," he said.