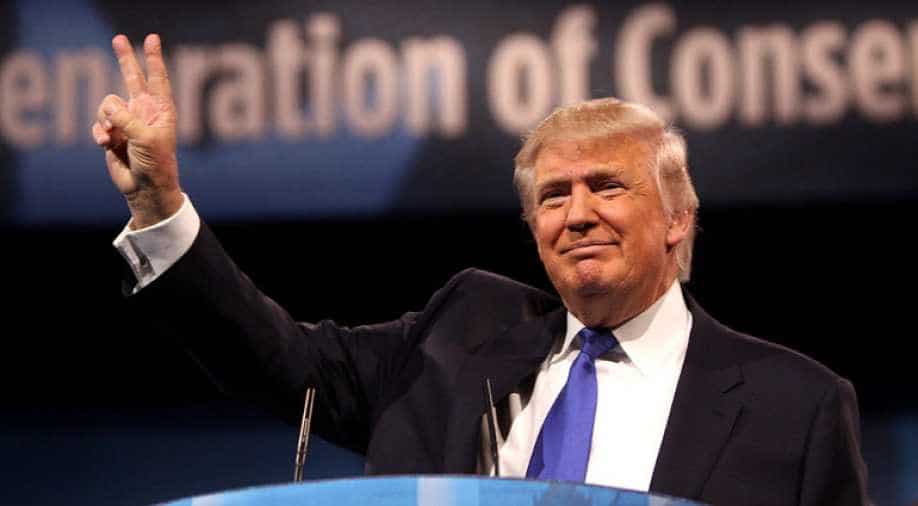 Trump denounced a "political witch hunt" after CNN reported that intelligence officials briefing on allegations of Russian meddling in the US election. (Image source: Wikimedia Commons) Photograph:( Others )

Several US media published - without corroborating its contents - a 35-page dossier of memos on which the synopsis is based, which had been circulating in Washington circles for months. The memos describe sex videos involving prostitutes during a 2013 visit by Trump to a Moscow hotel. They also suggest Russian officials proposed lucrative deals in order to win influence over the real estate magnate.

CNN said the memos contained in the dossier were originally compiled by a former British MI-6 intelligence operative hired by other US presidential contenders to do political "opposition research" on Trump in the middle of last year. Trump was reportedly informed of the existence of the dossier - and its salacious details - when he received a briefing from US spy chiefs on alleged Russian interference in the presidential election.

The classified two-page synopsis also included allegations that there was a regular flow of information during the campaign between Trump surrogates and Russian government intermediaries.

"If these allegations are true, allegations of coordination between Trump campaign officials and Russian intelligence officials, and allegations that the Russians have compromised President-elect Trump's independence, that would be truly shocking," Democratic Senator Chris Coons said on CNN.

The Federal Bureau of Investigation had been given the information in August, more than two months before the November 8 election, according to CNN.

Since then, CNN reported, US intelligence agencies have checked out the former British intelligence operative and his network, and found him credible enough to include some of the information in the presentation to Trump. The existence of compromising information on Trump in Russian hands had been rumored since before the election.

The rumors gained support when then Senate Democratic leader Harry Reid said in a letter to FBI Director James Comey a week before the vote.

"It has become clear that you possess explosive information about close ties and coordination between Donald Trump, his top advisors, and the Russian government - a foreign interest openly hostile to the United States, which Trump praises at every opportunity. The public has a right to know this information."

Comey was one of four top officials who briefed Trump on Friday, along with the heads of the Directorate of National Intelligence, the Central Intelligence Agency and the National Security Agency. Asked in a Senate hearing Tuesday about the allegations of sustained contacts between Russia and the Trump team, Comey refused to confirm or deny that his agency was investigating such links.

US intelligence has already made the virtually unprecedented accusation that Russian President Vladimir Putin sought to tip the electoral scales in Trump`s favor by ordering a hack of Democratic Party email servers. The Russian campaign, intelligence concluded, aimed first to boost the campaign of Democrat Hillary Clinton with embarrassing leaked emails, and then to boost Trump once they thought he had a chance to win.

Trump denounced a "political witch hunt" after CNN reported that intelligence officials briefing him last week on allegations of Russian meddling in the US election had also given him a synopsis of the explosive and unverified claims.

Trump has repeatedly dismissed the conclusion that Moscow influenced the election while calling for a push to mend bilateral relations deeply strained during the Obama presidency. After being told last week that Putin directed a vast campaign aimed at installing him in the White House, Trump condemned as "stupid" anyone opposing better relations with Moscow.