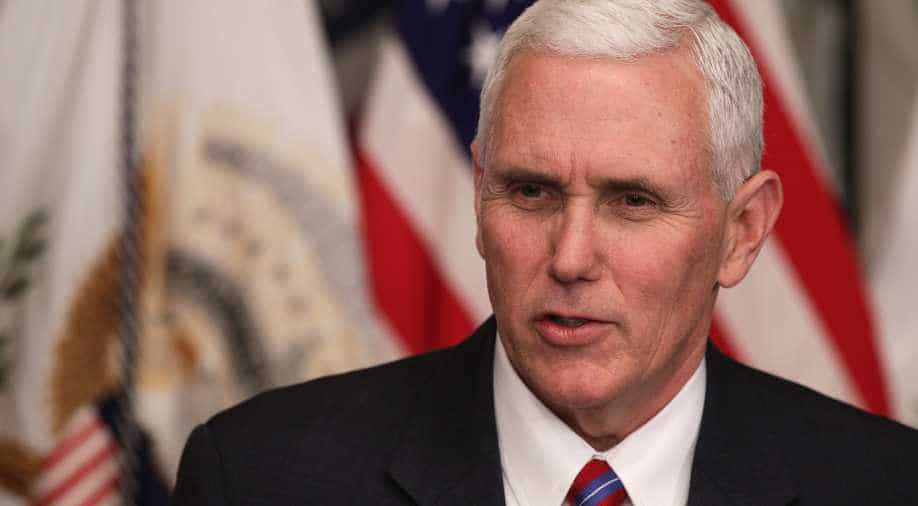 Pence drew fire from Democrats when he stayed at the Trump International Golf Club in Doonbeg on the west coast of Ireland during his visit to the country, though it was 300 kilometres (180 miles) away from his meetings in the capital, Dublin.

US House Democrats have launched an investigation into Vice President Mike Pence's stay at a hotel owned by President Donald Trump during a visit to Ireland this week, two committees said on Friday.

Pence drew fire from Democrats when he stayed at the Trump International Golf Club in Doonbeg on the west coast of Ireland during his visit to the country, though it was 300 kilometres (180 miles) away from his meetings in the capital, Dublin.

Elijah Cummings, the chairman of the House Oversight Committee, wrote to the White House, Trump Organisation, US Secret Service and the Vice President's Office seeking documents on the visit by September 19.

The letters cite media reports indicating the golf club had been a "problematic investment" for Trump's company and had not been profitable in years.

"The Committee does not believe that US taxpayer funds should be used to personally enrich President Trump, his family, and his companies," Cummings wrote, saying the stay could be a potential conflict of interest and violate the US Constitution.

Pence's chief of staff, Marc Short, told journalists that Trump had suggested Pence stay at the property, though Trump said later he had not been involved with the decision.

In a separate letter, the chairman of the US House Judiciary Committee, Jerrold Nadler, and the chairman of a Judiciary subcommittee, Steve Cohen, cited Pence's stay at Trump's Ireland golf club to press for documents for their own investigation into the White House's decision to host next year's Group of Seven economic summit at his resort in Florida.

Last month during the G7 meeting in France, Trump said his administration was considering hosting the summit at his Miami-area golf resort but insisted he would not personally profit from hosting the event.

Nadler and Cohen said in August they planned to investigate the proposal.

Trump has remained in control of his hotels, golf courses, and other businesses, though he said he handed over day-to-day operations to his sons before taking office in January 2017.

Watchdog groups and former government ethics officials say Trump has not put safeguards in place to make sure he does not directly profit from actions taken as president, as past presidents have done.