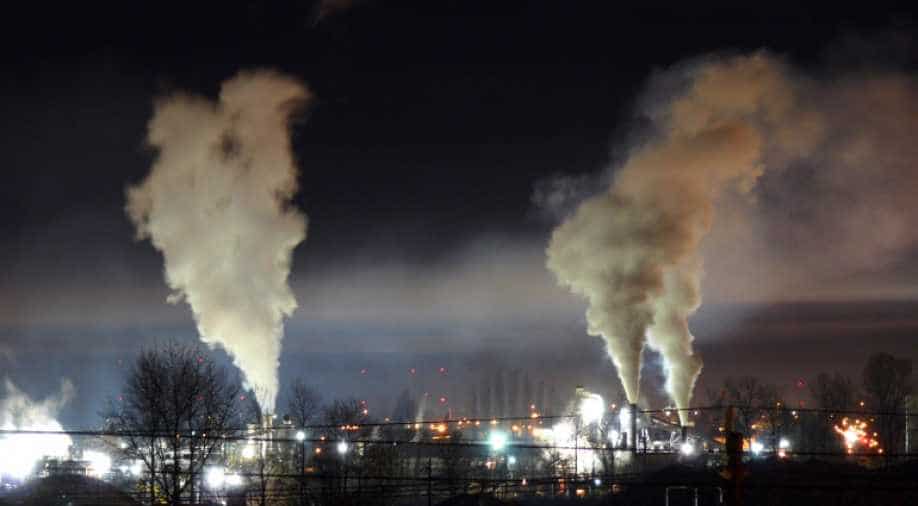 Environment ministers from about 100 countries gather in Nairobi next week to issue a clarion call against air, land and water pollution blamed for some nine million deaths in 2015 Photograph:( Others )

Environment ministers from about 100 countries gather in Nairobi next week to issue a clarion call against air, land and water pollution blamed for some nine million deaths in 2015.

Ministers under the UN Environment Assembly (UNEA) will finalise a global declaration vowing to combat "rampant pollution" as a growing threat to human life, economies and ecosystems.

Seven million of those deaths are caused by car exhaust, factory fumes and indoor cooking, according to the UN Environment Programme (UNEP), which hosts the assembly.

Water pollution is the second deadliest type, followed by exposure to toxins and carcinogens in the workplace.

Last month, UNEP said approximately one in six deaths in 2015 were due to pollution, mainly in poor and developing countries.

Almost half of the nine-million death toll came from just two countries - rapidly-industrialising India and China.

The December 4-6 meeting will be the third UNEA, created by world leaders in 2012 to strengthen world efforts to save the environment.

The assembly is the highest-level decision-making forum on environmental issues. All 193 UN states are members.

Nearly 2,500 participants have registered for this year's gathering, including a host of company CEOs, the heads of other UN agencies, scientists and activists.

The ministers will negotiate the wording for a number of resolutions on specific anti-pollution steps, such as limiting the amount of fish-choking plastic that finds its way into the ocean, and banning the use of toxic lead in paint.

"Our oceans are filling with trash so fast that by 2050 there will be more plastic in the seas than fish," according to a UNEP statement.

"A global ban on lead in paint is one of several resolutions under discussion at UNEA and, if agreed by ministers, will be a key step in removing an environmental hazard that harms the mental development of 600,000 children every year," it added.

Other resolutions, still in the draft phase, will aim for stricter air quality control in cities, and to reduce environmental degradation caused by armed conflict.

Pollution, according to the UNEP, is "the biggest human killer bar none."

"We need to beat pollution before it beats us," said UNEP head Erik Solheim.

"That means being able to breathe in our cities, keeping dangerous chemicals out of the food chain, and stopping our oceans from being transformed into a plastic soup."

The assembly must yield a political declaration by Wednesday, entitled "Towards a Pollution-Free Planet".

It will commit UN member countries to limiting humankind's soiling of the planet with chemicals, non-biodegradable litter and toxic smoke.

"Nine million people die prematurely every year because of environmental intoxication - this is clearly a moral scandal," said Joachim Schellnhuber, director of the Potsdam Institute for Climate Impact Research.

Aside from outright poisoning, pollution causes an array of deadly ailments such as heart disease, stroke, lung cancer and chronic obstructive pulmonary disease.