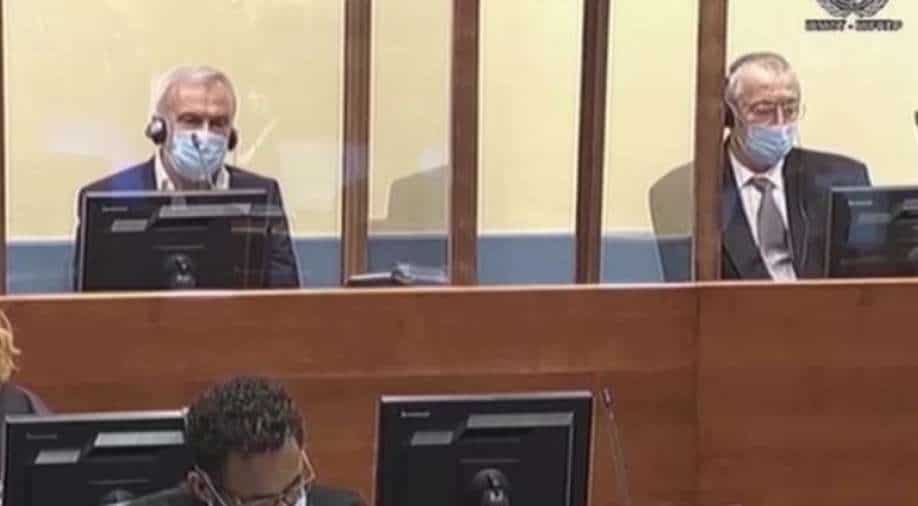 Stanisic and Simatovic were held responsible for financing and equipping Serb militias during the 1990s Balkan wars that tore apart Yugoslavia after the fall of communism.

Two key aides of Slobodan Milosevic's regime - Stanisic, 70, and Simatovic, 71 - were convicted for war crimes by a UN court on Wednesday.

The two men were held responsible for financing and equipping Serb militias during the 1990s Balkan wars that tore apart Yugoslavia after the fall of communism.

“The trial chamber is satisfied that the accused provided practical assistance which had a substantial effect on the commission of the crimes of murder, forcible displacement and persecution committed in Bosanski Samac, in Bosnia," the court concluded.

Jovica Stanisic was the ex-head of Serbia's state security service and Simatovic was his deputy. Both men were sentenced to 12 years in prison.

Stanisic and Simatovic were initially acquitted in 2013 by the International Criminal Tribunal for the former Yugoslavia (ICTY), however, the judges ordered a retrial in 2015 after an outcry.

The court found  Jovica Stanisic and Franko Simatovic guilty of backing Serb forces during the takeover of the Bosnian town of Bosanski Samac in April 1992 as the forces carried out war crimes.

Stanisic and Simatovic had pleaded not guilty and may appeal.

UN judges had earlier ordered former Bosnian Serb leader Radovan Karadzic,76, to spend the rest of his life in jail over war crimes and genocide during the Srebrenica massacre in the 1990s.

Ex-Bosnian Serb military commander Ratko Mladic,79, was earlier found guilty for his role in the 1995 Srebrenica massacre. According to reports, thousands of Muslim men and boys were killed in the eastern Bosnian town of Srebrenica in 1995 by Bosnian Serb forces.

Mladic dubbed the "Butcher of Bosnia" was captured in 2011 and was found guilty by the UN tribunal of carrying out "ethnic cleansing" to drive Muslims and Bosnians out of key areas.

Milosevic had died in prison in 2006 amid trials for genocide and crimes against humanity.