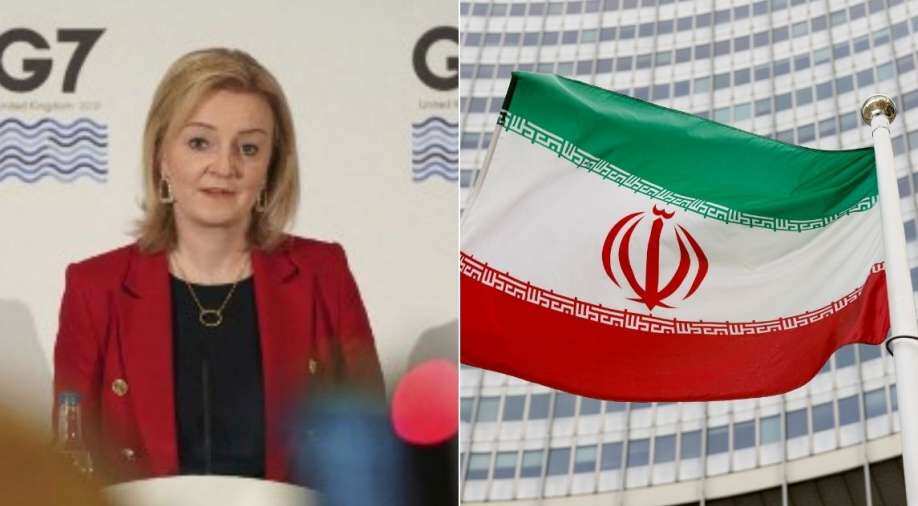 This is Liz Truss' image when she was speaking at a press conference on the final day of the G7 foreign ministers summit in Liverpool. Photograph:( AFP )

The G7 comprises Britain, France, Germany, Italy, Japan, Canada and the United States, and includes a representative from the European Union

Britain's Foreign Secretary Liz Truss has warned Iran over the nuclear deal as she said resumed talks in Vienna to save the Iran nuclear deal is the Islamic republic's "last chance" to take a "serious" position.

At a two-day gathering of Group of Seven (G7) foreign ministers meeting on Sunday (December 12), UK's Foreign Secretary Truss weighed in on a series of issues of global concerns as she mentioned the Russia-Ukraine, China and Afghanistan situations.

Meanwhile, talking about the nuclear deal, UK foreign secretary said that this is the last chance for Iran, adding that they must do so. She also said we [the West] will not allow Iran to acquire a nuclear weapon.

It is important to note that negotiations restarted on Thursday in order to try and revive the 2015 deal between Iran and world powers. In 2018, former US President Donald Trump withdrew from the deal.

On one hand, Iran has repeatedly claimed that it only wants to develop a civilian capability and also stated that it is to develop fuel for a research reactor. On the other hand, the West has highlighted Tehran's stockpile of enriched uranium that could be used to develop a nuclear weapon.

Liz Truss said, "This is the last chance for Iran to come to the negotiating table with a serious resolution to this issue, which has to be, agreeing the terms of the JCPOA, this is the last chance. And it is vital that they do so, we will not allow Iran to acquire a nuclear weapon."

The G7 comprises Britain, France, Germany, Italy, Japan, Canada and the United States, and includes a representative from the European Union.

G7 on China and Russia

"And what we want to do is build the investment reach, the economic trade reach, of like-minded, freedom-loving democracies," she added.

On Ukraine, Truss said there was a "very much a united voice from the G7 nations who represent 50 per cent of global GDP, being very clear that there will be massive consequences for Russia in the case of an incursion into Ukraine".