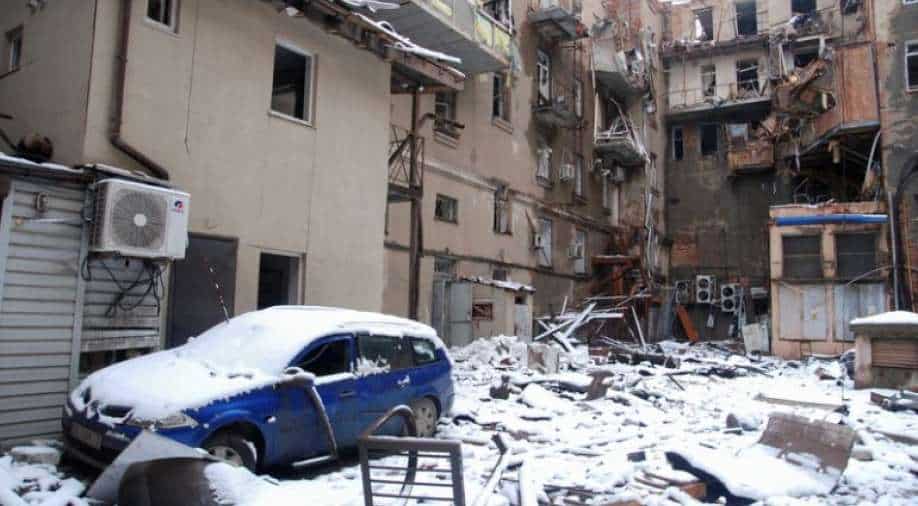 A view shows a building, which city officials and locals said was damaged by recent shelling, as Russia's invasion of Ukraine continues, in Kharkiv, Ukraine March 4, 2022. Photograph:( Reuters )

Kharkiv was the target of a number of missile attacks from the Russian military, but Ukraine was successful in protecting its borders.

The Ukrainian forces were able to destroy parts of a Russian armoured military column as they were trying to cross a river, according to a video released by the Ukrainian military on Friday. It was a strong show of resistance from the forces in a region which is still largely untouched by Russia.

This has been a successful week for the Ukrainian forces who were successful in keeping Russian forces at bay in Kharkiv as the focus shifted away from Kyiv. Kharkiv was the target of a number of missile attacks from the Russian military, but Ukraine was successful in protecting its borders.

"I can’t call it anything but a terrorist act," the mayor, Vyacheslav Zadorenko, told Reuters. "They wanted to hit the base where we store provisions and create a humanitarian catastrophe."

Another missile had slammed into the building on Thursday and Russian shelling had wounded a staff member at a clinic and killed a young couple in their home, he added.

Although Russia has denied any civilian casualties in the region, they said that they have shot down two Ukrainian aircrafts and were also able to take over the Kremenchuk oil.

Earlier in the day, US Defense Secretary Lloyd Austin spoke to his Russian counterpart Sergei Shoigu to discuss a possible ceasefire in Ukraine. It was the first time since the invasion that the two men had spoken. Austin stressed the importance of maintaining lines of communication, the Pentagon spokesman said according to a report on Reuters.