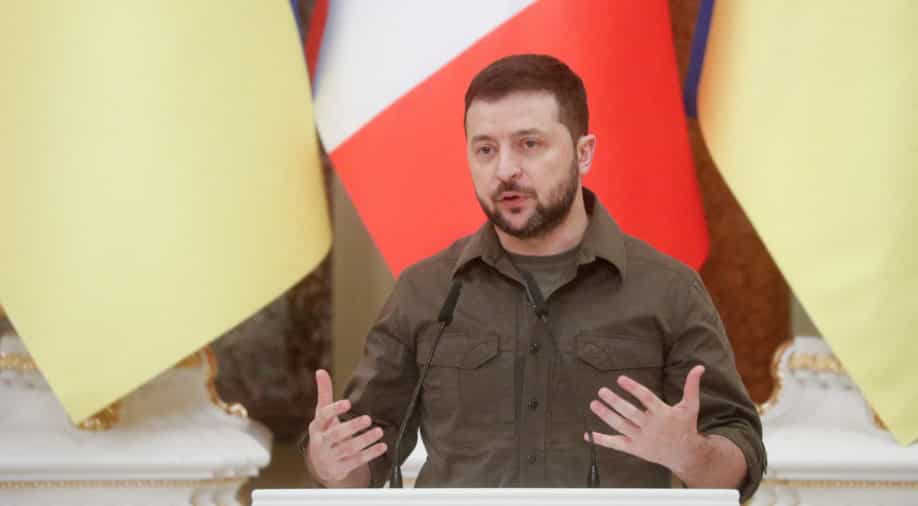 President Macron had earlier sought to create a 'European political community' to ensure Ukraine can join the European block later, however, the move was dismissed by Zelensky

Amid Finland and Sweden's application for NATO membership, France's Europe minister Clement Beaune has reportedly said Ukraine's EU membership is "15 or 20 years" away.

Beaune speaking to a local radio station said: "We have to be honest. If you say Ukraine is going to join the EU in six months, or a year or two, you're lying," he said, adding, "It's probably in 15 or 20 years, it takes a long time."

President Macron had earlier sought to create a "European political community" to ensure Ukraine can join the European block later, however, the move was dismissed by Zelensky who asked for EU membership.

President Putin had repeatedly warned Ukraine against joining the European military alliance before the invasion. After the Russian president announced his "special military operation" on February 24 against Ukraine, Finland and Sweden began preparing to join NATO.

Erdogan in a phone call to Swedish Prime Minister Magdalena Andersson said the country should stop "financial and arms support to terrorist organisations".

Sweden and Finland gave up decades of neutrality as Russian forces invaded Ukraine, however, President Putin had expressed displeasure at the Nordic nations joining NATO.

Russia cut gas supply to Finland complaining it hadn't paid in roubles which were widely seen as a retaliation to join NATO.

US President Joe Biden had backed Finland and Sweden's membership asserting that it would "make NATO stronger".