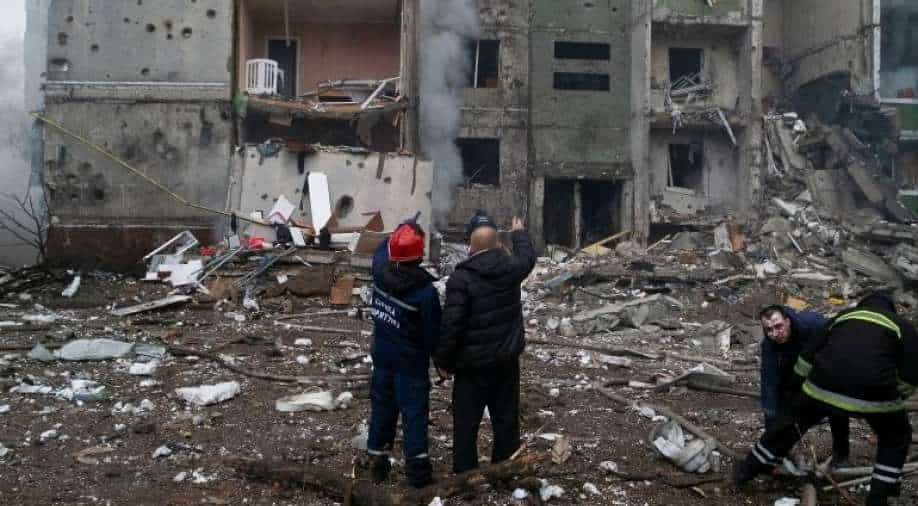 Ukraine's Deputy Prime Minister Mykhailo Fedorov has said that the country will sell non-fungible tokens (NFTs) to fund the attack against Russia.

NFTs are unique lines of computer code that confer ownership, built on the same blockchain technology that powers cryptocurrencies, which cannot be forged or otherwise manipulated.

The art world has seen a particular boom in the tokens, including a staggering $69.3 million paid last year for a digital work by artist Beeple at a sale at Christie's.

But NFTs have also attracted concerns about money-laundering, given the anonymity that underpins blockchain.

"We will announce NFTs to support Ukrainian Armed Forces soon," Mykhailo Fedorov said in a tweet, without giving any further details of the project.

"Every day there are more and more people willing to help Ukraine to fight back the aggression."

After careful consideration we decided to cancel airdrop. Every day there are more and more people willing to help Ukraine to fight back the agression. Instead, we will announce NFTs to support Ukrainian Armed Forces soon. We DO NOT HAVE any plans to issue any fungible tokens

"Stand with the people of Ukraine. Now accepting cryptocurrency donations. Bitcoin, Ethereum and USDT," the official Twitter account of the Ukraine government said in message.

Ukraine has also issued war bonds that have a nominal value of 1,000 Ukrainian hryvnia and offered an 11 per cent interest rate. It has so far raised 8.1bn hryvnia (£202m; $270m) from an auction of war bonds.

"The proceeds from the bonds will be used to meet the needs of the Armed Forces of Ukraine," said the Ministry of Finance of Ukraine.

Also see | What is the chain of command for potential Russian nuclear strikes?

With the invasion in its second week, another round of talks between Russia and Ukraine yielded a tentative agreement to set up safe corridors to evacuate citizens and deliver humanitarian aid to the country, overturned by a war that has sent more than 1 million fleeing over the border and countless others sheltering underground night after night.

Russian President Vladimir Putin’s forces have brought their superior firepower to bear over the past few days, launching hundreds of missiles and artillery attacks on cities and other sites around the country and making significant gains in the south.

The Russians announced the capture of the southern city of Kherson, a vital Black Sea port of 280,000, and local Ukrainian officials confirmed the takeover of the government headquarters there, making it the first major city to fall since the invasion began a week ago.