Russia-Ukraine war: Kyiv objects to Nepal issuing climbing permits to Russians, wants them to be banned 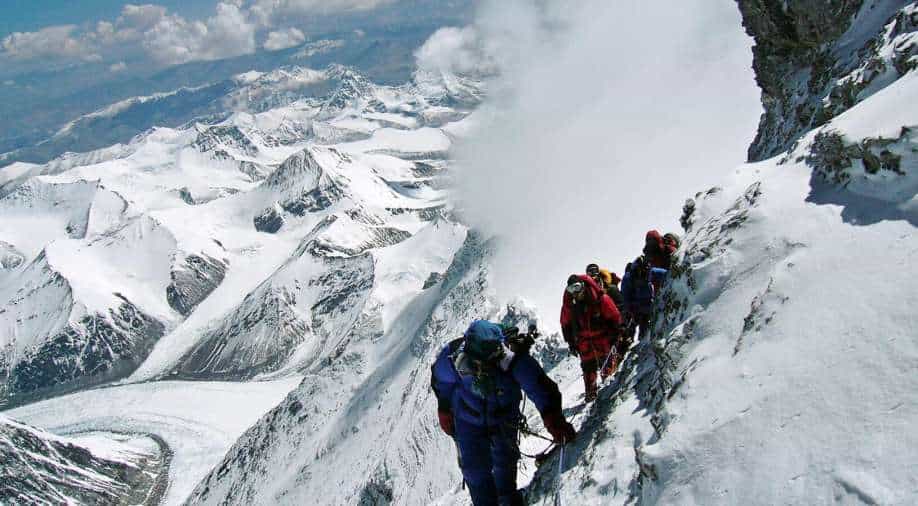 Ukraine has voiced its disapproval after Nepal issued climbing permit for Mt. Everest to nine Russians.

The embattled country wants the Himalayan country to ban the Russian mountaineers in the wake of invasion of Ukraine.

Nepal's Department of Tourism announced that it has started issuing climbing permits to climb the tallest mountain in the world in spring. It has so far issued permits for 18 expedition teams to climb mountains above 6,000m this spring season.

According to BBC, the Ukrainian embassy in Delhi sent a diplomatic note to Nepal's government saying that numerous international sports federations have barred Russian athletes.

"Taking into consideration the above, the esteemed Nepalese side is kindly requested to ban Russian mountaineering teams until the end of [the] Russian invasion into Ukraine," the letter said.

However, officials in Nepal say they will continue to issue permits to anyone abiding by the government's rules and regulations

"There has been no change in our policy so far," the director general of Nepal's tourism department, Taranath Adhikari, told the BBC.

"We believe our mountains are global assets and any countries' citizens willing to visit them for attainment of peace should be allowed to do so - as long as they do it within our legal provisions."

Also read | Amid Russia-Ukraine war, US and Russian astronauts return to Earth together

During spring last year, a record 408 climbing permits were issued from the Nepali side, despite the COVID-19 pandemic, in which 49 Russians and 19 Ukrainians were registered on Nepalese mountains higher than 8,000m, according to the Himalayan Database, which records data related to mountaineering in the Nepalese Himalayas.

Out of them, 14 Russian and six Ukrainian climbers were on Everest.

According to local media reports, Nepal is expecting over 300 climbers to receive permits this year.

In a first in Gulf, 13-year-old girl gets ‘new spine made of rope’