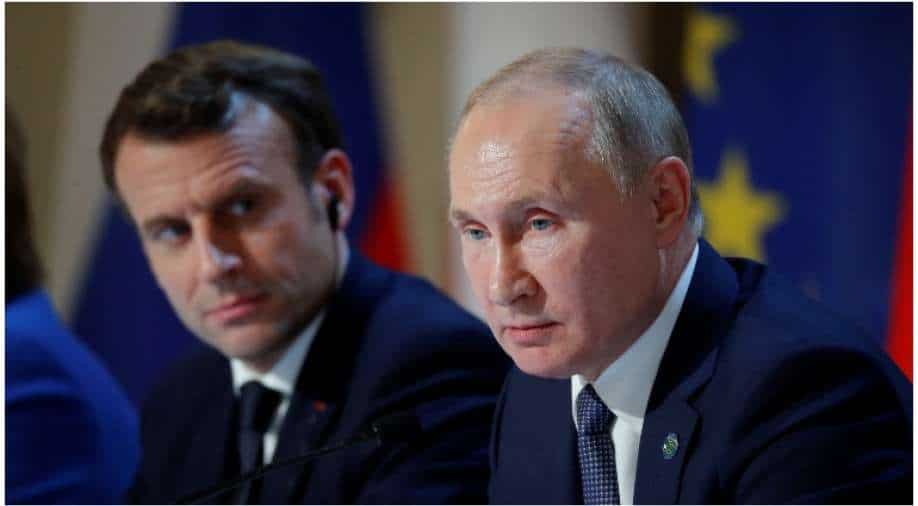 The Kremlin said on Monday (February 7) that it did not expect any major breakthrough from talks between Russian President Vladimir Putin and his French counterpart Emmanuel Macron. But the Kremlin expected that Macron would propose ways to ease tensions in Europe.

Kremlin spokesman Dmitry Pescov said in a briefing that the Ukraine Crisis was expected to dominate the talks between two leaders.

Moscow denies planning an invasion of Ukraine but is seeking security guarantees including a pledge that Ukraine must never allowed to join NATO.

The West has rejected that, but said it is willing to discuss other issues such as arms control.

Macron is expected to seek commitments from Putin to dial down the tensions.

"The situation is too complex to expect decisive breakthroughs in the course of one meeting," Peskov said.

But he said Russia was aware of certain ideas for lowering tensions that Macron had spoken about before and planned to share with Putin.

Also Read | Ex-Ukraine defence chief says Russia could seize any city in Ukraine. But will it plan full-scale invasion?

Peskov said it was not possible to speak of a lull in tensions while Western governments continued to talk about a looming Russian attack on Ukraine.

He said Moscow had heard nothing new in recent days on the security guarantees it is requesting, and "our Western interlocutors prefer not to mention this topic."