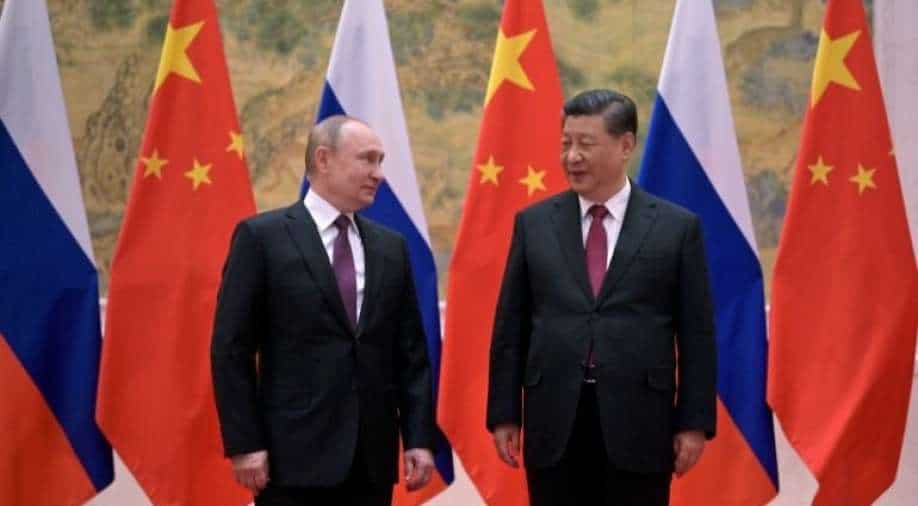 At a daily news briefing, he urged the United States to take China's concerns seriously and avoid undermining its rights or interests in handling the Ukraine issue and ties with Russia.

The Chinese Red Cross will also provide a batch of humanitarian assistance worth 5 million yuan ($791,540) to Ukraine, consisting of daily necessities, Zhao added.

Beijing has refused to condemn Russia's attack on Ukraine or call it an invasion while asking Western countries to respect Russia's "legitimate security concerns."

It comes after the CIA's director said Tuesday he believes China leader Xi Jinping has been "unsettled" by Russia's difficulties in invading Ukraine, and by how the war has brought the United States and Europe closer.

"I think President Xi and the Chinese leadership are a little bit unsettled by what they're seeing in Ukraine," Central Intelligence Agency boss William Burns told US lawmakers during a hearing on global threat assessments.

"They did not anticipate the significant difficulties the Russians were going to run into."

Also see | Why has Ukraine been able to stall Russian advance?

Nearly two weeks into the invasion, Russian forces are bogged down in Ukraine, suffering as many as 4,000 fatalities, according to the Pentagon's estimate, and encountering unexpectedly strong resistance from Ukrainian forces.

Relations with Moscow have warmed since Xi took power in 2012, motivated by shared resentment of Washington, but their interests can conflict. While their militaries hold joint exercises, Putin is uneasy about the growing Chinese economic presence in Central Asia and Russia’s Far East.

China, the world’s second-largest economy, is the only major government not to have condemned the invasion.

China’s multibillion-dollar purchases of Russian gas for its energy-hungry economy have been a lifeline for Putin following trade and financial sanctions imposed in 2014 over his seizure of Crimea from Ukraine.