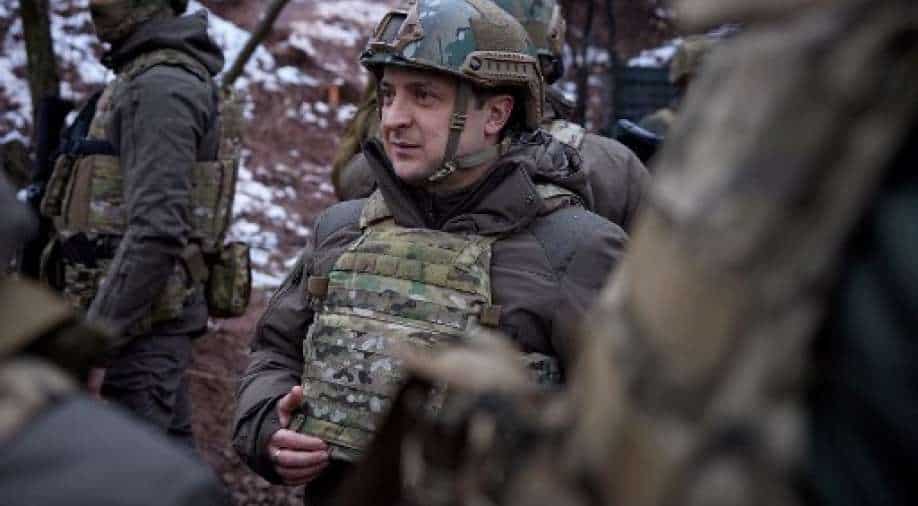 President Biden during a virtual summit with President Putin had threatened to impose sanctions if Russia attacked Ukraine.

Truss said there would be "severe consequences if anything were to happen" referring to Russia's reported plan to attack Ukraine which has been dominated the European agenda in the past month.

Read in Pics: What will happen if Russian troops invade Ukraine?

"Nordstream 2 is very important," Truss said, adding, "moving ahead with that in the case of this aggression that we're seeing by Russia with respect to Ukraine would be a problem."

President Biden during a virtual summit with President Putin had threatened sanctions if Russia attacked Ukraine with the UK foreign minister retreating that trade ties with London would be hit if the Ukraine situation went out of control.

President Biden had spoken to  Germany's new chancellor Olaf Scholz on the tensions between Ukraine and Russia.

"We need to come together strongly to stand up to aggressors who are seeking to limit the bounds of freedom and democracy," Truss said.

India, South Korea, Australia and South Africa are set to participate as guests during the G7 summit.

Russia had said earlier that NATO should not allow Georgia and Ukraine into its military alliance and desist from expanding near its border in the east.

"In the fundamental interests of European security, it is necessary to officially disavow the decision of the 2008 NATO Bucharest summit that 'Ukraine and Georgia will become NATO members," the Russian foreign ministry said.