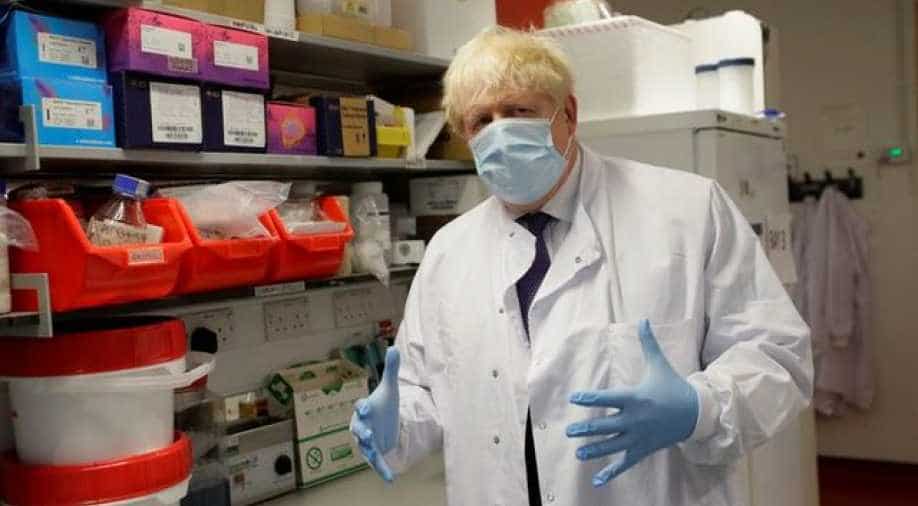 PM Johnson will also be chairing COBR emergencies committee meeting on Tuesday morning, the British PM had earlier said that the rising cases were "cause for great concern".

The UK government is set to announce new measures to combat COVID-19 cases in England with pubs and bars set to close by 10pm, reports said even as it upgrading the virus alert level

British PM Boris Johnson is set to announce the new measures in a televised address to the nation on Tuesday, reports say.

PM Johnson will also be chairing COBR emergencies committee meeting on Tuesday morning, the British PM had earlier said that the rising cases were "cause for great concern".

The British government's move comes as UK's chief scientific adviser Sir Patrick Vallance warned that the country could witness 50,000 cases a day by mid-October, and a month later it could cross 200 deaths a day.

"We are seeing a rate of increase across the great majority of the country, this is not someone else's problem. It's all of our problem," Chris Whitty said.

PM Johnson had said last week that the "second wave" was "inevitable" amid the rising number of cases in Britain.

"If this continued along the path...the number of deaths directly from COVID ... will continue to rise, potentially on an exponential curve, that means doubling and doubling and doubling again and you can quickly move from really quite small numbers to really very large numbers," Chris Whitty said, adding,"if we don't do enough the virus will take off and at the moment that is the path that we are clearly on and if we do not change course then we're going to find ourselves in a very difficult problem."