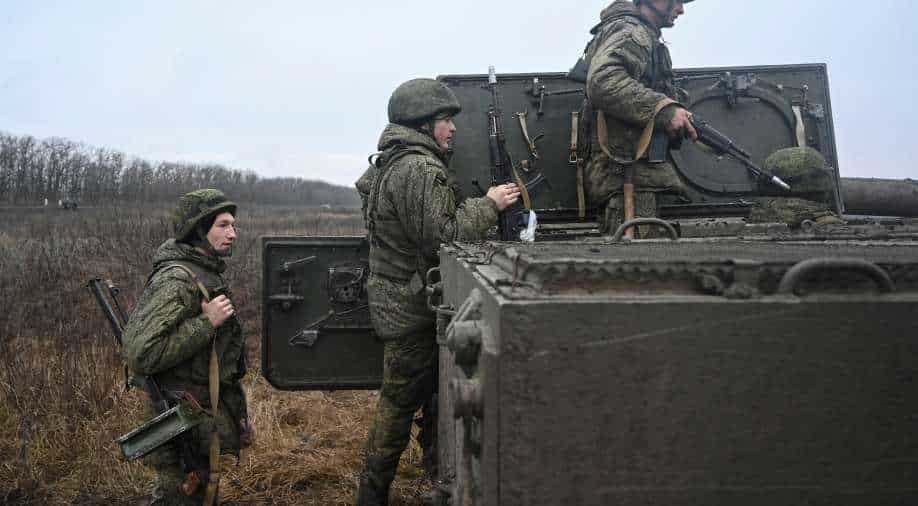 Russian soldiers took part in a military exercise near the Ukrainian border as the soldiers reportedly carried out fortification and mining exercises.

Amid tensions with Russia at the border, Boris Johnson's government said it has begun supplying anti-tank weapons to Ukraine amid reports of an imminent Russian invasion.

British defence secretary Ben Wallace told parliament that the government was sending "short-range" weapons which pose no threat to Russia but it is for Ukraine's "self-defence".

"If tanks were to roll into Ukraine, invade it, then they would be part of the defence mechanism," Wallace told parliamentarians.

Meanwhile, Russian soldiers took part in a military exercise near the Ukrainian border amid tensions in the Kamensk-Shakhtinsky region as the soldiers reportedly carried out fortification and mining exercises.

The US and Ukraine have warned that Putin's regime is ready to launch an attack on Kyiv with over 100,000 troops amassed at the border with tanks and heavy artillery.

Russia has dismissed claims it is about to invade Ukraine however it has insisted that Russian troops have the right to move about freely anywhere inside the country.

Russia had recently submitted a security document to the US and NATO in which it said the European security alliance should not induct ex-Soviet countries into its fold, referring to Ukraine. NATO has however rejected Russia's demand.

European countries including Germany have demanded Russia "de-escalate the situation" at the border warning that an invasion could lead to "serious political as well as economic consequences" for Russia.

However, Russian foreign minister Sergei Lavrov said that the country's leadership "is capable of protecting its interests both in terms of security and in terms of ensuring the rights of Russian citizens".