UK says no deadline for US trade deal, talks tough on terms 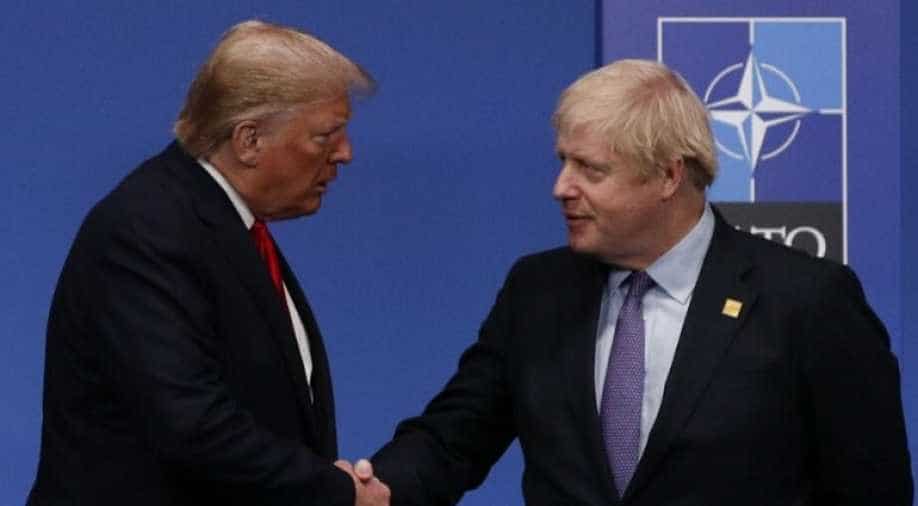 Britain's Prime Minister Boris Johnson (R) greets US President Donald Trump upon arrival for the NATO summit at the Grove hotel in Watford, northeast of London on December 4, 2019. Photograph:( Reuters )

Britain has no deadline to strike a trade deal with the United States, trade minister Liz Truss said on Wednesday, criticising the US administration for talking a good game on free trade while restricting import access.

Britain left the European Union earlier this year and is now in the process of negotiating bilateral trade deals with major partners like the United States - something the government has cited as a major benefit of leaving the EU.

"We're not going to rush into a deal and there is no deadline. We will be tough in pressing our interests," Truss told a parliamentary committee.

"The US talk a good game about free trade and low tariffs. But the reality is that many UK products have been kept unfairly out of their markets," she added.

Earlier, a spokesman for Prime Minister Boris Johnson said talks were continuing at a good pace and that the current round was due to end this week. Truss said she expected a couple of chapters of the deal to be finalised during the next round, but did not specify which.

Nevertheless, she struck a combative tone, citing US tariffs on British steel, the threat of further tariffs on cars and US-centric procurement schemes which restrict access to government contracts. She said a US ban on lamb exports amounted to protectionism.

"Let me be clear. I am not going to strike a trade deal with the US, unless all these points are dealt with," she said. "No deal is better than a bad deal."