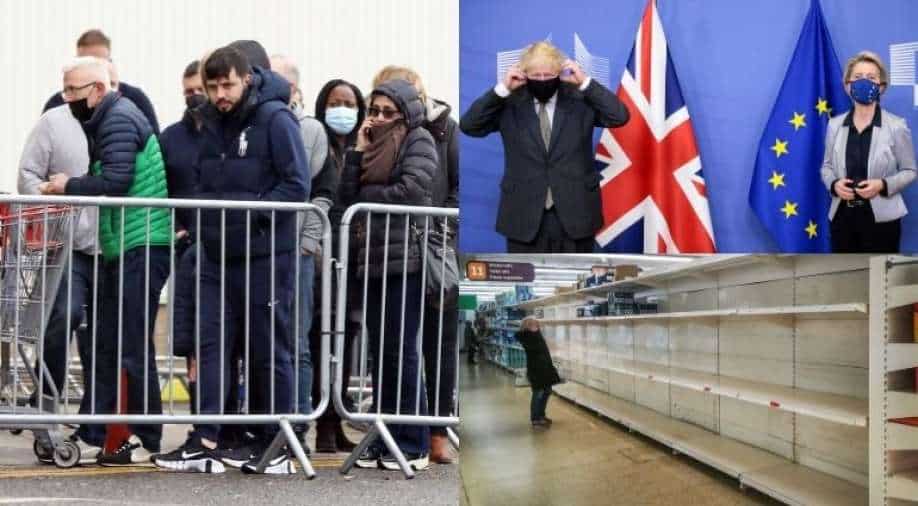 From January 1, the UK will be outside the EU single market and exporters will face a barrage of new regulations and checks that are expected to cause delays and shortages for British shoppers

Retailers have urged the British public not to stockpile food or toilet roll in the event of a no-deal Brexit as time runs out for the UK and the EU to reach a trade agreement.

The British Retail Consortium (BRC) said shops were stockpiling items to ensure a “sufficient supply of essential products" amid the uncertainty but asked customers not to buy more than normal.

From January 1, the UK will be outside the EU single market and exporters will face a barrage of new regulations and checks that are expected to cause delays and shortages for British shoppers.

And if the ongoing post-Brexit trade talks between Britain and the European Commission fail to reach an agreement in the next two weeks, a return to trade tariffs will push prices up.

Authorities on both sides of the new divide insist they are ready for the shock, but businesses like the ECS-2XL logistics platform in Zeebrugge have not stood by waiting for instructions.

Britain and the EU agreed on Sunday to "go the extra mile" in the coming days to try to reach an elusive trade agreement despite missing their latest deadline to avert a turbulent exit at the end of the month.

Britain's Business Secretary Alok Sharma said he was confident food supplies would be maintained even if Britain leaves the bloc without a trade deal.

Britons stocked up on long-life goods in March as the country entered a COVID-19 national lockdown, stripping some shelves bare and forcing many people to queue for hours or drive further than normal to find goods such as toilet roll, tinned tomatoes, and rice.

The British Retail Consortium (BRC) said on Sunday that retailers were doing everything they could to prepare for all eventualities on Jan. 1 - increasing their stocks of tins, toilet rolls and other longer life products so there would be a sufficient supply of essential products.

It also said there was no need for the public to buy more food than usual as the main impact would be on imported fresh produce, such as fresh fruit and vegetables, which cannot be stored for long periods by either retailers or consumers.

The BRC has warned of higher prices without a trade deal. Tesco, Britain's biggest supermarket group, has said consumers should expect price increases of between 3 per cent and 5 per cent.