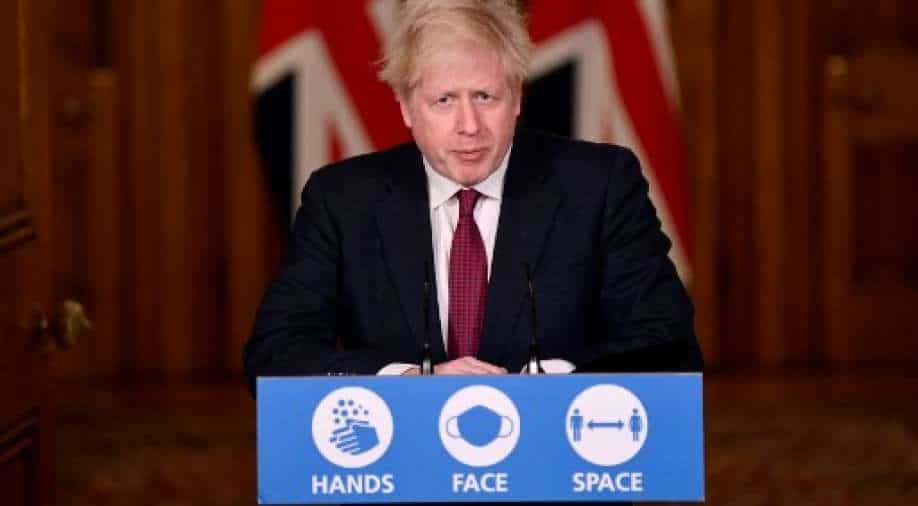 The death toll due to the virus in the UK reached 100,358 with over 3.7 million infected cases.

"I am deeply sorry for every life that has been lost and, of course, as prime minister, I take full responsibility for everything that the government has done," PM Johnson said.

The death toll due to the virus in the UK reached 100,358 with over 3.7 million infected cases. Britain is the worst-hit country due to the virus in Europe. British Prime Minister Boris Johnson himself had tested positive for coronavirus and recovered later after self-isolating at Downing Street.

Prime Minister Boris Johnson in April last year had said Britain was now past the peak of its coronavirus outbreak, however, England entered its third lockdown amid a surge in virus cases.

The United Kingdom had recorded the highest official coronavirus death toll in Europe, overtaking Italy on May 5 last year with more than 32,000 deaths even as lockdown restrictions were eased in England with groups of up to six people allowed to meet from June 1 last year.

The UK had recorded its lowest daily COVID-19 death toll since March 22 last year with 55 deaths, however, in September last year the UK banned gatherings of more than six people over fears of a second wave. In November, the UK had recorded 598 deaths which was the highest since May 12.

In December, Britain became the first country to roll out the Pfizer-BioNTech coronavirus vaccine amid harsh lockdown restrictions.On December 19, PM Johnson imposed a lockdown on over 16 million people in England and reversed plans to ease curbs over Christmas as COVID-19 cases surged.

Just days before Christmas, the UK government announced that more areas would be moved into Tier 4 from Boxing Day from December 26 as Britain began its third COVID-19 lockdown on January 5 with citizens ordered to stay at home. PM Johnson had said recently that Britain would tighten its border controls to block new variants of COVID-19.