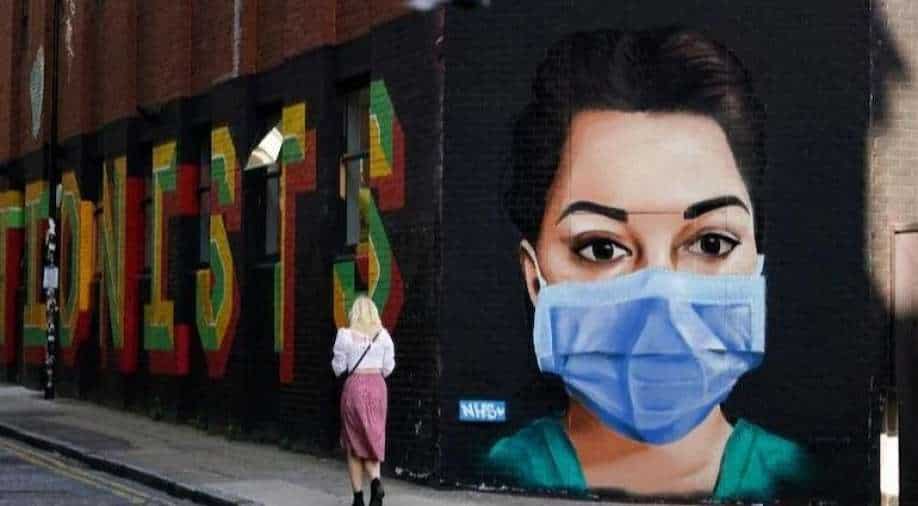 The Omicron variant now accounts for 30 per cent of COVID-19 cases in London.

UK on Sunday raised Covid alert level from 3 to 4 due to surge in Omicron cases. It is the second-highest level indicating "transmission is high and pressure on healthcare services is widespread and substantial or rising".

Reports claim there are over 3,000 Omicron cases in the country. Minister Nadim Zahawi informed first people with Omicron were being admitted in the hospital.

The Omicron variant now accounts for 30 per cent of COVID-19 cases in London. On Friday, the government had announced it was moving to "Plan B" making face-covering mandatory in public places including in public transport.

The new rule allowed the police to enforce "compliance" if people do not adhere to the government's directive. People will also have to carry Covid passes which shows proof of vaccination. The government also called on people to work from home if they can.

Britain is one of the worst-hit countries due to the virus with over 146,000 fatalities and 10 million COVID-19 cases.

On Friday, the UK had reported the highest number of coronavirus cases since January with 58,194 COVID-19 cases. The country's health body UK Health Security Agency (UKHSA) had warned the Omicron variant could become the dominant strain by mid-December due to the surge in cases.

PM Johnson had warned that the Omicron cases were doubling every two to three days while urging people to remain "humble in the face of the virus".

The current measures come as the country gets ready for Christmas celebrations. On December 19 last year PM Johnson had announced strict "stay at home" order for people living in London and southeast England.