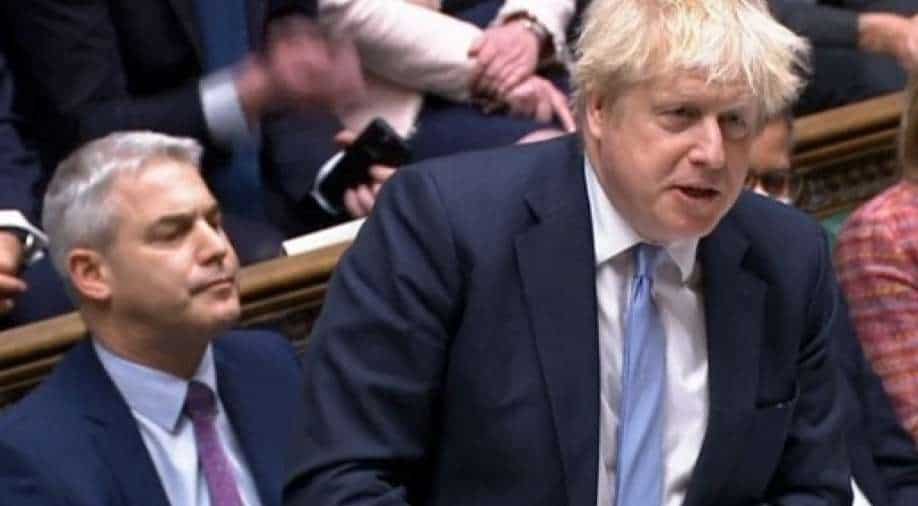 The current regulations, including the need to self-isolate after testing positive, were due to expire on March 24

In less than two weeks, all the remaining Covid restrictions will be removed in England, Prime Minister Boris Johnson announced on Wednesday.

The current regulations, including the need to self-isolate after testing positive, were due to expire on March 24.

The prime minister said the move is part of the government’s 'Living with Covid' strategy.

"Providing the current encouraging trends in the data continue, it is my expectation that we will be able to end the last domestic restrictions, including the legal requirement to self-isolate if you test positive—a full month early," the prime minister told MPs at the start of the Prime Minister Questions session in House of Commons.

Johnson said he hoped to do this as soon as the Commons returns from its upcoming recess on February 21.

The dramatic move comes as the Covid cases in the country have been ebbing after the Omicron surge and deaths have remained far below the fears of many experts.

“Mr Speaker I can tell the house today, that it is my intention to return on the first day after the half term recess to present our strategy for living with Covid,” Johnson said.

Also read | 'Meltdown in Downing Street': Five of Johnson's closest aides desert him, as he seeks a fresh start

According to the government’s data, 66,183 new positive cases were detected over the last 24 hours on Tuesday, down by 41.1 per cent from last week, where on an average over 100,000 cases were being reported.

It was the lowest daily infection figure on a Tuesday since December 14 — towards the start of the Omicron wave.

The number of people admitted to hospital with the virus also fell, dropping 12.8 per cent to 1,421 on February 3, as per the data.

Johnson has been facing heat ever since it was revealed that he hosted several parties in his office in Downing Street in 2020 when the nation was under lockdown during the first phase of Covid.

Several MPs from his party have already submitted non-confidence motion, calling on him to resign immediately.