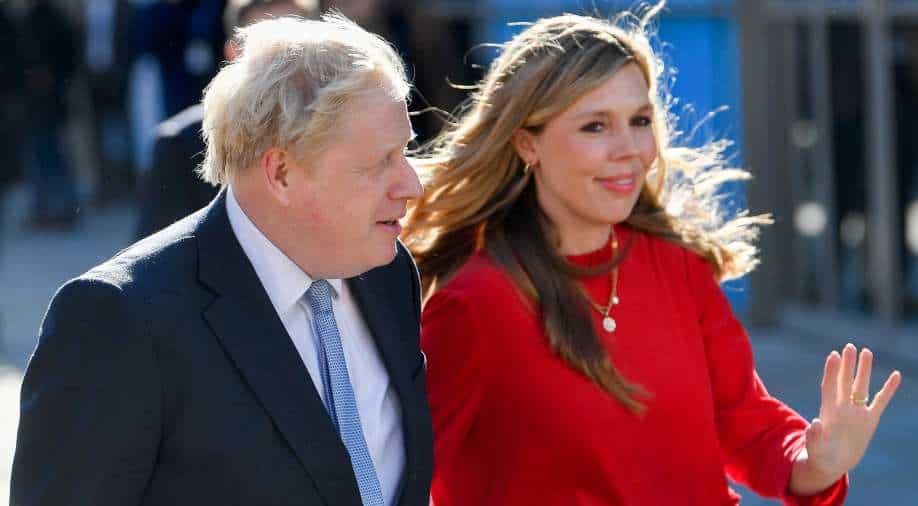 The disclosers were made after the officials previously denied Carrie’s involvement in organising the lockdown-breaching party, which was reportedly attended by at least 30 people

UK Prime Minister Boris Johnson’s wife Carrie reportedly organised a birthday party for her husband in June 2020 when the nation was under lockdown, British newspaper The Telegraph has reported.

It is being claimed that Carrie asked a Downing Street official to make sure other staff got together to celebrate the PM’s 56th birthday.

The disclosers were made after the officials previously denied Carrie’s involvement in organising the lockdown-breaching party, which was reportedly attended by at least 30 people.

This report also contradicts an official from Downing Street denying that the gathering even took place in the first place.

According to ITV News, the birthday gathering was held in Cabinet Room No. 10 on June 19, 2020, and even attended by the Johnsons’ interior designer, Lulu Lytle.

Following the revelations, several British media claim that Carrie would now be asked to depose before the Sue Gray-led panel, which is now probing eight of the 17 gatherings which took place between May 2020 and April 2021.

The latest findings would blow a heavy dent in Johnson’s credibility who is currently embattled over organising parties when the nation was battling the first phase of the Coronavirus.

There have been growing calls from the opposition and even from the ruling Conservative Party, asking Johnson to step down.

Senior civil servant Sue Gray is expected to disclose the report this week, but the timing of the release is not known, as the Metropolitan Police, which is also investigating the case, asked the top official to make minimal references to the parties in her report to avoid prejudicing its inquiry.

The police inquiry is understood to be still ongoing, but Gray may be forced to decide whether to delay her report or strip out key details, reported Mirror.