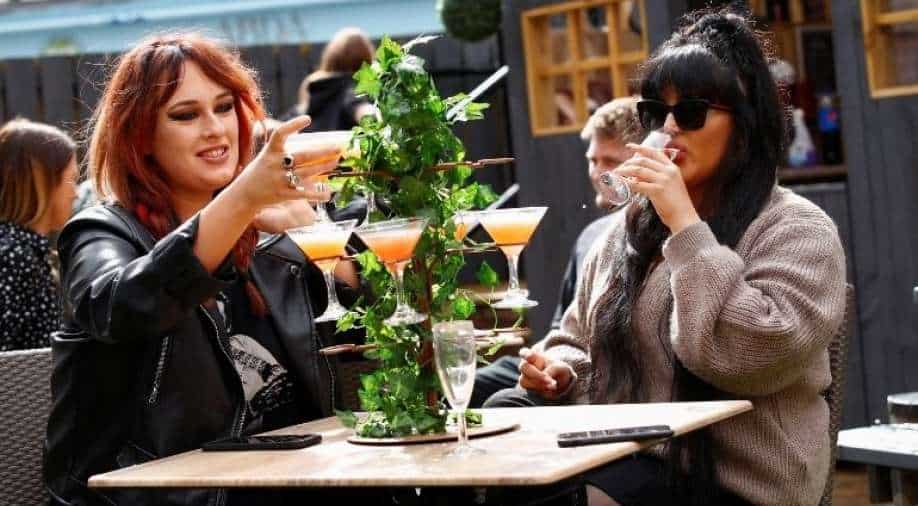 PM Johnson informed that 20 million people across the United Kingdom had received two doses of the vaccine ensuring "maximum protection against COVID-19."

After months of lockdown over the virus, pubs, restaurants and cafes reopened in England, Wales and parts of Scotland with cinema halls, theatres and sports venues set to open.

Prime Minister Boris Johnson said: "Together we have reached another milestone in our roadmap out of lockdown, but we must take this next step with a heavy dose of caution," as UK authorities allowed hugs among people allowed for the first time and people allowed to meet inside houses with some restrictions.

Today we move forward to Step 3 of our cautious roadmap to freedom.

This is what you need to know ↓ pic.twitter.com/mrAW6YYDRO

"Today we move forward to Step 3 of our cautious roadmap to freedom," the British prime minister said on Monday.

PM Johnson informed that 20 million people across the United Kingdom had received two doses of the vaccine ensuring "maximum protection against COVID-19."

According to the new guidelines, schools, colleges and universities will fully open with 30 people allowed to meet outdoors.

Retail and personal care shops will be allowed to open along with holiday accommodation along with places of worship with a group of six people allowed.

The UK government has imposed three lockdowns in the past year as the virus took hold in the country. In December after the discovery of the UK variant new stringent rules were put in force.

UK has been one of the worst-hit countries hit by the virus with 127,679 deaths and over 4.4 million cases.

England has put forth June 21 as the deadline for lifting the coronavirus rules, however, Johnson ruled that "We are keeping the spread of the variant first identified in India under close observation and taking swift action where infection rates are rising."

UK health secretary Matt Hancock had said earlier that the government could "stay on course" due to a "high degree of confidence" that vaccines would be able to fight the new strains.

Hancock's statement comes as the government data said the number of variants found in India has risen from 520 to 1,313 last week. Johnson had earlier said that vaccines would be accelerated for over-50s.