Two unruly US tourists break into Colosseum, get €800 fine for ‘enjoying’ beer 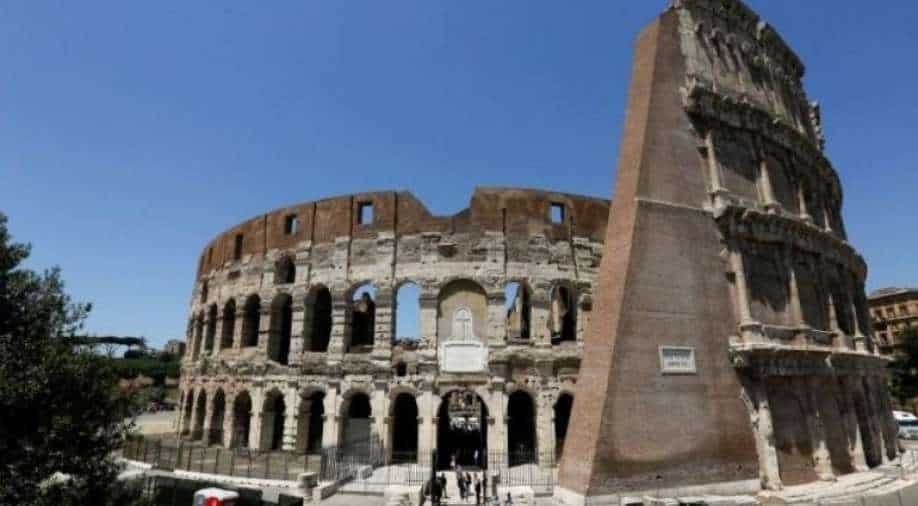 A view of the Colosseum in Rome, Italy, where Two American tourists, aged 24 and 25, were found having beer (representative image). Photograph:( Reuters )

Two American tourists broke into the Colosseum to reportedly experience the pleasure of having a beer inside the ancient Roman amphitheatre. The tourists were fined €800 (£670) for illegally entering the archaeological site

The adventurism of getting a rare experience can sometimes result in a lot of trouble. Two American tourists learnt this lesson the hard way after they broke into the Colosseum to reportedly experience the pleasure of having a beer inside the ancient Roman amphitheatre.

The tourists have been fined €800 (£670) for illegally entering the archaeological site.

The tourists, who are aged 24 and 25, climbed on to the second tier of the monument in the early hours of Monday morning to have the pleasure.

Spotted at about 5.30 am, these intruders was seen chatting over drinks by a passerby, who alerted police. It is still unclear how they managed to enter the monument as it closes to the public at 4.30 pm.

The Americans told police that they were “just having a beer”, the Italian press reported.

Also Read: Days after promising to fight climate change, US auctions off oil and gas drilling lease in Gulf of Mexico

The police fined them €800 (£670) for illegally entering the archaeological site. No damage was reported at the monument.

Colosseum has often been a target for unruly people who want to leave their mark in one or the other way. An instruction reinforced by the signs around the monument says defacing the 2,000-year-old structure is strictly forbidden. It is also punishable by up to a year in jail and a fine of about €2,000.