Two success stories that substantiate vaccination is a silver lining 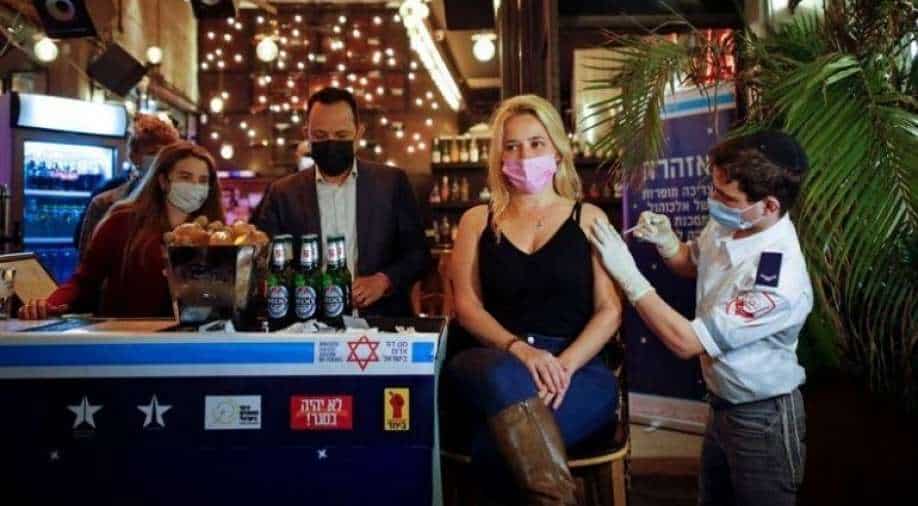 There is a worldwide surge in cases as the coronavirus is spreading faster.

The differentiation will be vaccines.

Countries that vaccinate their population in larger numbers will see a drop in case and the ones which lag behind will see a surge.

Our report shows how vaccines have made a difference in Israel and the United Kingdom.

Israel enjoyed some normalcy on Passover this year.

An open-air shopping centre was alive again, people are filling up restaurants and hotels, museums and theatres are back in business.

The situation was very different last year and businesses had to shut their doors.

But, Israel has accomplished a major turnaround because of the vaccines.

Reports say Israel's active cases are now down to their lowest level since June 2020.

With serious infections dipping below 400, that's a three-month low.

Israel has vaccinated more than half of its population and the jabs are working.

Symptomatic infections dropped by 94 per cent in 600,000 people who have got two doses of the Pfizer vaccine.

The same group is also 92 per cent less likely to develop severe illness from the virus.

The story of the UK

Britain too seems to have tamed the virus with vaccines.

In January, the UK was struggling as a surge driven by a new strain of the virus had forced the country to impose a third national lockdown.

By January 5, the country had recorded more than 50,000 cases for seven straight days.

The UK approved two vaccines, the Pfizer shot that is being supplied from Belgium and the Oxford vaccine that is Made in Britain.

Now more than 50 per cent of people out of a population of more than 66 million have got at least one shot, making the British vaccine roll out the fastest in Europe.

The benefits are evident as the new infections are substantially down.

On Tuesday, the UK had reported a little more than four thousand cases.

The seven day total stood at close to 36,000, down by almost eight per cent.

On Sunday, the city of London recorded zero daily deaths in a single day for the first time in more than six months.

Earlier this week, the UK began easing the lockdown with people being allowed to gather in groups of six in public spaces.

Even the queen of England was out and about again after having got the jab in January.

There is enough real-world evidence now that proves the effectiveness of vaccines.

The shots not only protect against symptoms but also reduce the spread of the virus.

The only problem is there is not enough to go around.