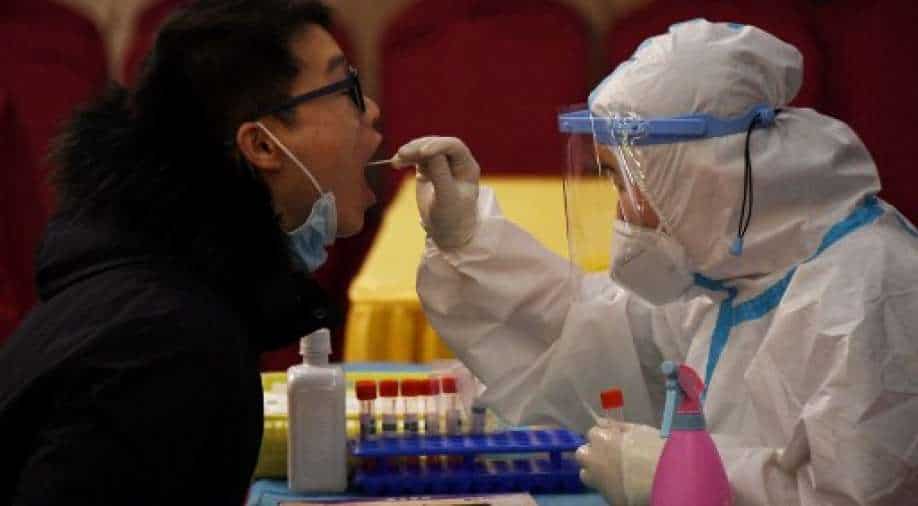 The coronavirus pandemic is surging again with the cases being on the rise and lockdowns reimposed.

In many parts of the world, there's a third wave.

The virus is mutating and spreading faster even with vaccines.

Let's look at the numbers from the last week.

The mortality rate is also up by five per cent.

The countries that have reported the biggest jump in transmissions are India, the US, Brazil, Turkey, Poland, Italy, Ukraine, the Philippines, Germany and Iran.

The cases are growing and the spike is not regional.

Almost all continents that struggled with a major outbreak before are now reporting new waves of cases.

Here are the regions that have reported the most noticeable jump in cases.

New cases are up by a whopping 49 per cent.

It is witnessing a spike of 32 per cent.

There has been a rise of 22 per cent.

Both are viewing a rise of 11 per cent.

Europe is witnessing a spike of 11 per cent.

The continent was one of the biggest epicentres last year and has still not been able to shake off the virus.

Why is there a surge now?

The WHO believes the virus is now stronger and faster and the global experts agree that the new variants of the Wuhan virus are spreading more easily and are deadlier than the original version.

Take the worsening situation of France which has forced to lockdown for the third time.

About 100,000 people have died in the country because of Covid-19 and a report says intensive care units in the hardest-hit regions are now at a breaking point.

Yesterday, President Emmanuel Macron blamed the British variant of the virus for the latest outbreak.

He said this variant is creating a "pandemic inside a pandemic".

Macron said France "will lose control" if it doesn't do something now.

"We decided on the March 18 to take further measures alongside the curfew in almost 20 regions. Two weeks after taking those measures, the numbers are clear. Yes, this strategy had its first effects. But clearly, these efforts are very limited as the epidemic surges. In some ways, we are facing this acceleration due to the new (UK) variant. We will lose control if we do not move now. In the upcoming months, we need to set a new framework," he said.

The lockdown in France will last another four weeks.

The whole of Europe is struggling as Germany has extended restrictions till April 18 and the lockdown has been given a rest only on the day of Easter.

In Italy, there's no such relief as it will remain totally locked down during Easter.

Reports say shops, restaurants and schools have again been closed in more than half of Italy.

Similarly, the Czech Republic, Spain, Belgium, Portugal, the Netherlands and Ireland are imposing some form of lockdown or pandemic restrictions.

The US is battling a surge too even after accelerating its vaccination program.

The daily new infections rose by 12 per cent in the past week.

The White House held a virtual health briefing this week with the director of America's Centers for Disease Control and Prevention address.

She admitted that she was scared of where things were heading.

"I'm going to reflect on the recurring feeling I have of impending doom. We have so much to look forward to, so much promise and potential of where we are, and so much reason for hope, but right now I'm scared," Rochelle Walensky, Director of Centers for Disease Control and Prevention said.

The situation is worrying in India too and the country today reported more than 72,000 cases, the highest number of new infections since October 11 last year.

The fresh cases in India had dropped below 10,000 two months back, but now, India is reporting more than 70,000 new infections in a day, a seven-fold jump.

In the last year, more than 12 million Indians have been infected with the Wuhan virus and the number is only set to increase.

There are restrictions in some states, including night curfews.

India today also widened its vaccination program and now anyone above the age of 45 can get the shot.

But it may not be enough to meet the challenge.

While the virus continues to mutate, our best bet against it remains the same: social distancing, masks and vaccines.

There is an urgent need to step up inoculations now as the only way to break the chain of infections.