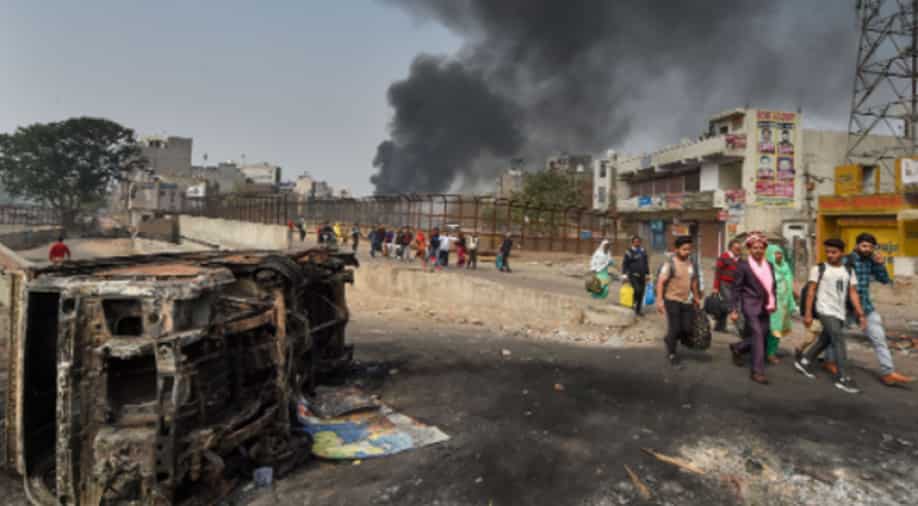 The death toll due to Delhi violence rose to 38 on Thursday as more people succumbed to their injuries in the hospitals.

The clashes led to widespread vandalism and arson for over three days injuring over 200 people.

Briefing the media regarding the security situation, MS Randhawa, Delhi Police PRO, described the situation normal and informed that "adequate forces have been deployed" under security measures.

"Adequate forces have been deployed. Forty-eight FIRs registered so far, more FIRs are being registered as we are getting more info," Randhawa also said.

Charges were filed after the allegations claiming that Hussain was behind the killing of Intelligence Bureau (IB) officer, who was found dead in a drain near his home in northeast Delhi's riot-hit Chand Bagh area. Hussain has rejected the allegations.

Ankit Sharma, 26, had gone missing on Tuesday and his body was found in a drain near his home in on Wednesday.

Earlier in the day, the Delhi high court on Wednesday gave four weeks to the central government to file its response in the Delhi violence case.

The division bench headed by Chief Justice DN Patel scheduled the matter for hearing on April 13.