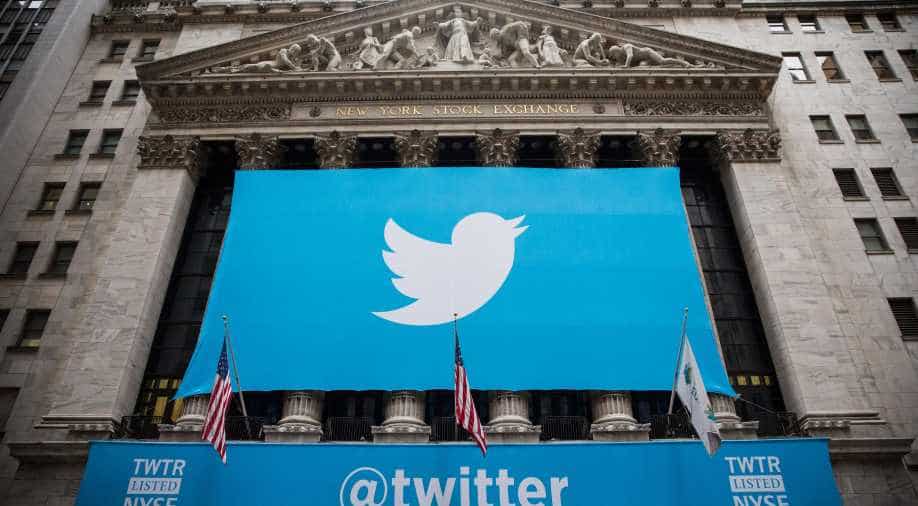 This file photo shows the Twitter logo on a banner outside the New York Stock Exchange (NYSE) in New York City. Photograph:(AFP)
Follow Us

Amid soaring tensions in the region, heightened by Iran's seizure on Friday of a British-flagged tanker, some of the affected media outlets had speculated that the suspensions were related to their coverage of the seizure.

A day after Twitter suspended the accounts of several Iranian state media outlets, the social networking service said Saturday it acted after harassment of people linked to the Baha'i faith.

Amid soaring tensions in the region, heightened by Iran's seizure on Friday of a British-flagged tanker, some of the affected media outlets had speculated that the suspensions were related to their coverage of the seizure.

But Twitter cited what it said was the coordinated and targeted harassment of people linked to the Baha'i faith, a religious minority that has long faced persecution in Iran.

It did not name the suspended accounts, and said it was continuing to investigate the matter.

Mehr news agency, which is close to moderate conservatives in Iran, said its Farsi-language account appeared to have been blocked late Friday following its reports on the seizure of the tanker Stena Impero in the strategic Strait of Hormuz.

Iran's Revolutionary Guard said it seized the Swedish-owned tanker for breaking "international maritime rules" in the strait, a chokepoint for around a third of the world's sea-borne oil.

Mehr's Farsi-language Twitter page was inaccessible on Saturday, along with those of the official IRNA news agency and the agency of the Young Journalists' Club.

"Since last night and after seizure of a British tanker in the Strait of Hormuz the account of the Young Journalists' Club and some other users have been suspended," the YJC said on its website.

Mehr noted that its Mehr Diplomacy account, which publishes analysis and interviews on foreign policy, was also offline.

Another account taken down belonged to Ali Akbar Raefipoor, a hardline public speaker.

None of the owners of the suspended accounts said they had been given any reason for the move by Twitter.

The micro-blogging platform is banned in Iran, but many officials still have accounts and people access them by using a virtual private network, or VPN, to bypass censorship.