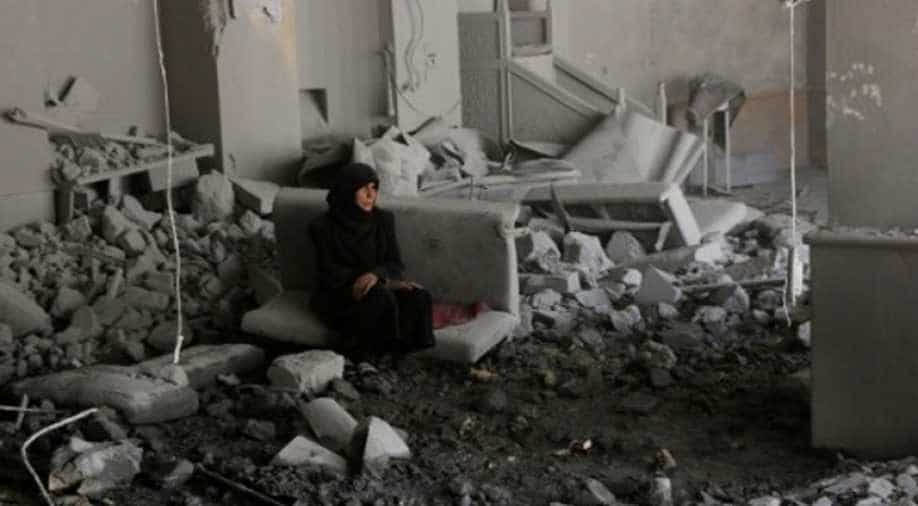 At least 29 civilians including eight children were killed on Thursday in Turkish air strikes on an Islamic State group bastion in northern Syria, a monitoring group said.

The Syrian Observatory for Human Rights said the strikes were carried out on the flashpoint town of Al-Bab, which Turkish forces have been seeking to capture for weeks in the biggest test of a four-month incursion into Syria.

The raids came a day after 14 Turkish soldiers were killed by jihadists around Al-Bab, in the country`s biggest loss of the campaign so far.

Turkish troops entered Syria on August 24 in support of pro-Ankara Syrian rebels, with the aim of ousting IS jihadists as well as Kurdish militia from the border area.

Turkish forces regularly carry our air strikes in support of the ground operation in Syria but officials insist the utmost is done to avoid any civilian casualties.

Defence Minister Fikri Isik told parliament on Thursday that 1,005 IS jihadists and 299 fighters affiliated to the Kurdish People`s Protection Units (YPG) had been killed so far in the Syria operation, but made no mention of any civilian casualties.

Prime Minister Binali Yildirim vowed Thursday to press on with the fight, saying: "Turkey is in the midst of a great struggle,our fight against terror continues both in our country and outside our borders."

The army has suffered increasing casualties in the fight for Al-Bab, 25 kilometres (15 miles) from the border -- with some three dozen soldiers believed to have been killed so far.