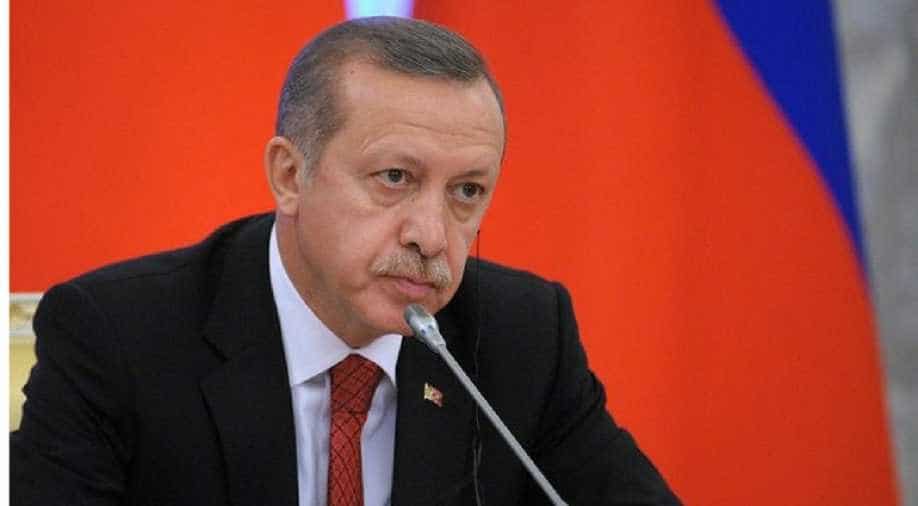 Turkey launched Operation Peace Spring against Kurdish militants in Syria a week ago.

Turkish President Recep Tayyip Erdogan on Wednesday firmly ruled out any negotiations with Kurdish militants in Syria as the United States pushed for a ceasefire.

"There are some leaders who are trying to mediate... There has never been any such thing in the history of the Turkish republic as the state sitting at the same table with a terror organisation," Erdogan said in a speech to parliament.

Of the 186 people held, 24 have been formally arrested, according to Anadolu.

So far, 78 were released and 40 were freed under judicial control, while legal proceedings were ongoing for the rest, it said.

Among those detained for "terrorist propaganda" against the operation this week were the co-presidents of the pro-Kurdish Peoples' Democratic Party (HDP), Sezai Temelli and Pervin Buldan.

Turkey launched Operation Peace Spring against Kurdish militants in Syria a week ago.

It is thought to have widespread support at home but has been widely criticised by the international community, who relied on Kurdish forces to fight the Islamic State group.