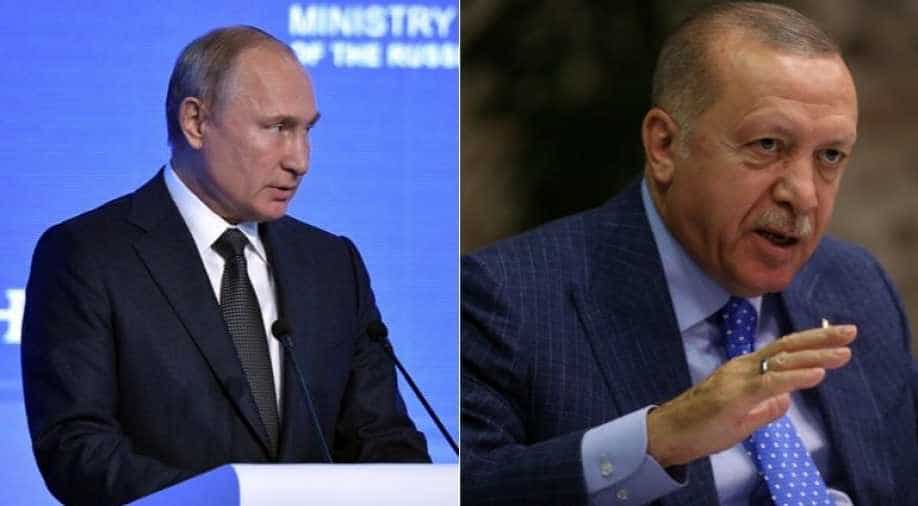 Putin invited Erdogan 'for a working visit in the coming days. The invitation was accepted,' Putin's office said in a statement.

Russian President Vladimir Putin discussed the conflict in Syria in a phone call with Recep Tayyip Erdogan and invited the Turkish leader to soon visit Russia, the Kremlin said.

Putin invited Erdogan "for a working visit in the coming days. The invitation was accepted," Putin's office said in a statement late Tuesday.

It said the two leaders emphasised "the need to prevent confrontations between units of the Turkish army and Syrian armed forces".

The call was initiated by Turkey, the Kremlin said.

Putin raised concerns in the call about "terrorists attempting to break free and infiltrate neighbouring countries" amid Ankara's offensive against Kurdish-held areas of northern Syria.

Earlier, Russia called Turkey's military incursion into northeast Syria "unacceptable" and said the operation had to be limited in time and scale, a rare broadside that suggests Moscow's patience with Ankara is wearing thin.

"We didn't agree with the Turks any questions about their presence in Syria and we don't approve of their actions," envoy Alexander Lavrentiev told reporters in Abu Dhabi during an official visit there by Putin.

He said Turkish troops had the right under an agreement struck between Damascus and Ankara in 1998, the Adana pact, to temporarily push up to a maximum of 10 km (6 miles) into Syria to conduct counter-terrorism operations.